The iF award is a yearly event where a jury from the area of design, business and industry take part in a three day jury session. In 2012 over 4300 entries was sent in for consideration, either by the advertising agency, design studios as well as large and small companies. Of those, 1280 products received an iF design award and only 100 entries received an iF gold award for outstanding design excellence. Three disciplines are evaluated: Product Design, Communication Design and Packaging Design. 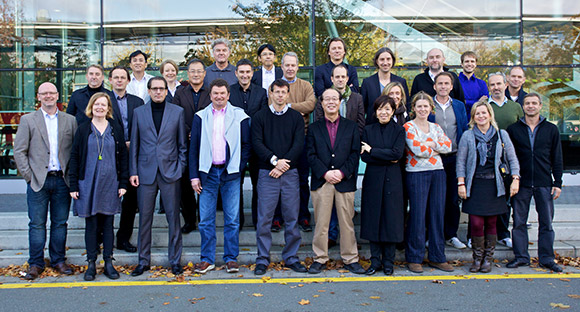 Xperia active is a new powerful Android smartphone from Sony Ericsson, able to endure your active lifestyle. It keeps track of your performance along the way and is water- and dust-resistant, taking whatever gets in its way. Xperia active has a beautiful scratch-resistant touch display that can be used even when your fingers are wet. The materials are carefully chosen to ensure the best esthetics as well as being durable, sustainable and functional. A sturdy aluminum frame surrounds and protects the display and embodies the essence of Xperia active – utilitarian elegance.

The Sony Tablet S is an Android tablet terminal with a 9.4 inch display. The large screen enables the enjoyable use of an abundant range of services, to browse the Web and view content. The use of "e;eccentric center of gravity"e; design, in which the center of gravity is shifted to one side, sought to offer a feeling of lightness and stability when the unit is held in the hand, making it comfortable for long-term use. Positioning the screen on a gentle diagonal when the unit is sitting on a desk adds to operation comfort. Elimination of all inessential elements produces a simple screen that encourages the user to fully focus on content.

The iPad 2 is the next generation of Apple's magical device for browsing the web, reading and sending email, enjoying photos, watching videos, listening to music, playing games, reading ebooks and much more. It features an entirely new design that is 33% thinner and up to 15% lighter than the original iPad, while maintaining the same stunning 9.7 inch LED-backlit LCD screen. It has a sleek anodized aluminum rear housing and a glass front screen, available in either black or white. It features Apple's new dual-core A5 processor for blazing-fast performance and stunning graphics.

Some of the telecom entries given the iF award without the gold stamp was: 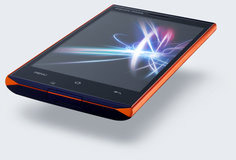 Sharp 104SH is a Android smartphone with a 4.5 inch display and a 720 x 1280 pixel resolution. It is 8.74 mm thin and waterproof. It can send and receive data wirelessly when used with Sharp's LCD TV.

You can view pictures taken with 104SH (JIN) on your TV and use the phone to watch TV programs recorded on a Sharp TV. 104SH (JIN) is an ideal smartphone offered by Sharp, a leading manufacturer of LCDs. 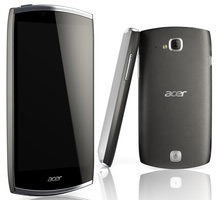 It's just a couple of days since we saw the Acer S500 for the first time. Back then, we did not know its name. The S500 is 9.9 mm thin and it has Acer's "Sleeve" DNA that wraps the dvice with soft and contoured surfaces and enhances handheld experience.  Attention to details are also paid on the volume button that provides both visual and tactile indication of its control functions, as well as the 3D texture on the back of the phone that creates a unique tactile sensation

LG A270, Sony Ericsson mix Walkman, Samsung SHG-i927, Huawei U8850, Alcatel One Touch 355 Play in addition to a few more. The entire online exhibition gallery can be seen over at the iF web site.

Bonovox10 years, 11 months ago
It's nice that

do get some awards at least

julias10 years, 11 months ago
I think the Sony Tablet S award is well deserved as its definitely a brilliant design and not just a flat boring slab like most other tablets including the ipad.

idumbakumar10 years, 11 months ago
still sony ericsson deserves these awards though they are not market leaders.. they didnt do extraordinarily anything. if they do their best shot they will definitely be the leaders in design.

razec10 years, 11 months ago
Never thought Active would be in the list (was expecting Arc line to be honest) but still a win for

Sony S deserved the award for the company designed a tablet that doesn't pull a Samsung on it :cough:Galaxy Tab:cough:

chunkybeats10 years, 3 months ago
I was wondering if there is a dedicated Sony Tablet S thread on here. I just got one the other week 2nd hand. It was only NZ$190 (about 85 pounds) 16gb wifi model. It has a few scratches here and there but bloody good tablet. Its running 4.03 so nice to be updated. Had a play with the camera, not bad and I put some samples up here. No real full camera features about the same as the ipad. I will keep this one for a while and see how i go!!!

On 2012-10-30 01:49:08, chunkybeats wrote:
I was wondering if there is a dedicated Sony Tablet S thread on here. I just got one the other week 2nd hand. It was only NZ$190 (about 85 pounds) 16gb wifi model. It has a few scratches here and there but bloody good tablet. Its running 4.03 so nice to be updated. Had a play with the camera, not bad and I put some samples up here. No real full camera features about the same as the ipad. I will keep this one for a while and see how i go!!!

There isn't but you can create a Tablet S thread here
http://www.esato.com/board/viewforum.php?forum=53

laffen10 years, 3 months ago
Remember that there are two S-tablets from Sony. The Sony Xperia Tablet S and Sony Tablet S. Tablet S is the oldest one