We are still waiting for the second ICS smartphone to be released. Motorola could be the next company out with this unannounced smartphone

So far the only available Android smartphone running on the latest Ice Cream Sandwich OS version is the Samsung Galaxy Nexus. All the large smartphone manufactures are working on new models which will run ICS, but none of these has been released yet. We are guessing that all high-end models being announced during MWC will have Android 4.0 ICS installed. Motorola is of course one these companies.

Pocketnow has received this image of an unannounced Motorola smartphone. In addition to receiving the  images the web site has been informed that the device will run on Intel's Medfield platform. During CES last month, Intel told the world that Motorola would be one of the first companies to ship Android smartphones based on the Intel platform. The camera is supposedly one of the reason why anyone would buy this handset. Like the Sony Xperia S and its 1.5 second camera startup time, Motorola promises exceptional quick camera response. 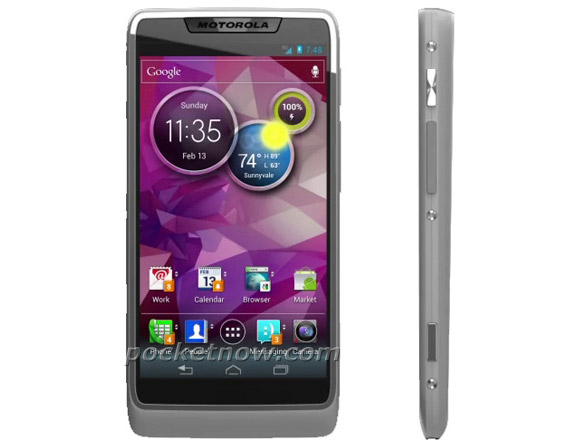