The two new Android smartphones will sadly not be available outside Japan, but we might see similar models in other markets sometime later. The Xperia SX and Xperia GX differentiate them self from previously release Xperia smartphones such as the Xperia P, Xperia S and Xperia U by having a slightly more rounded form factor.

The Sony Xperia GX is the top-model and it has a 4.6-inch Reality Display, dual-core 1.5 GHz, 16GB storage and a 13 megapixel camera. The model looks like a Xperia Arc but with without the hardware keys and with more curved corners. Sony has not released the exact specifications but we found that the size is approximately 130 x 69 x 11.8 mm which is close to the size of HTC One X, Xperia Ion, LG Optimus 4X HD and Motorola Razr.

Sony Xperia SX is the world's lightest LTE smartphone according to Sony. 95 gram is impressive, but its support for LTE networks could be using more power than non-LTE phones. We could be wrong, but the light weight does not indicate a very powerful battery. However, this power consumption could be saved by having a "small" 3.7 inch display. As the Xperia SX is a model for the Japanese market, it has some features we seldom find in other parts of the world. Infrared port and mobile TV is some of these.

Both models will be shipped in black and white and the availability in Japan is the summer of 2012. 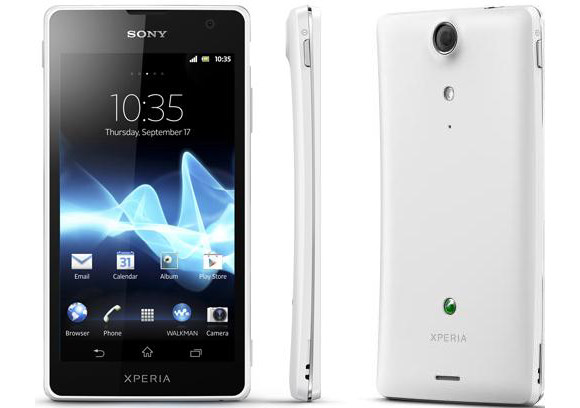 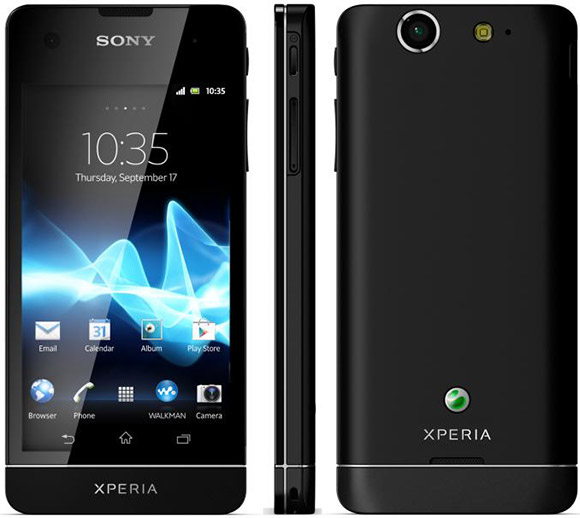 Samsung aiming to sell over 200 million smartphones in 2012

Motorola is now part of the Google family

chunkybeats10 years, 9 months ago
the SX looks very similar to an iphone but its better looking!!

SEC90510 years, 9 months ago
The leaked pictures are true after all, we are debating its fake because of the SE logo

Bonovox10 years, 9 months ago
Could well be fake with that logo and the Arc look back to it.

laffen10 years, 9 months ago
@ok1907
They are discussing another Xperia handset. One without the liquid identity logo

etaab10 years, 9 months ago
This is how the Xperia S should have looked. More curves and less seemless baulky plastic.

badassmam10 years, 9 months ago
So is the SX coming to Europe or UK? Less memory than Xperia P but a card slot perhaps? Faster CPU than the P but smaller screen, will the P get the Walkman feature with its ICS? I'm torn between the two.

Hey, don't diss the XS design. I quite like the straight lines.
And the back is curved FYI. It's just concave, not convex (more comfy, IMO).

razec10 years, 9 months ago
Those curved edges on SX, Sony why are you giving us the impression that you are copying iPhone?

Heh, sorry but i just cant stand it. When i first saw the phone i thought it looked nice but didnt like the transparent strip with key legends printed on them.
Then when i picked it up i was shocked just by how much i was repulsed by the design. The Xperia S design i have to admit i hate more than i have hated any other design in the past, say, five years. I hate the square corners, the plastic seems so very hard and harsh to hold like the plastic is about three inches thick (which obviously it isnt), almost like a cheap nasty childrens toy - made to take knocks and throws against a wall.
I hate the bottom bit which seems totally pointless, im talking about the bit below the transparent strip. Whats actually in there ? or is it just a solid lump of plastic to act as a counter balance in case the phone flips of out the top of your hand when holding the phone ?? All i see is a hole for a lanyard and what i assume must be the microphone. I also hate how easily the transparent strip and above mentioned lower bit creak like it could snap off like they're glued on rather than machine fitted in place. It reminds me of when in the UK, not sure if this happens abroad, you buy a KitKat 4 finger chocolate bar, each finger is meant to have a wafer in it but sometimes you get one which is a solid lump of chocolate. Which is fine if thats what you wanted but you dont, you want your wafer so it turns your stomach having so much chocolate !
Cant stand the back cover either, you removed the entire thing to reveal the sim card slot, not even a full size sim card but a flaming micro-sim !!! Lets not mention the totally awful lugs which cover hdmi and usb slots.
Sony or Sony Ericsson's worst design ever i reckon. I absolutely hate it. Ive been in CPW this evening and even when i see it sat there on the wall or a working sample i turn away like im sea sick and gone a little green around the gills !

Miss UK10 years, 9 months ago
Shame it's not got a full white front
That would make it look abit more
iPhone like

HumphreyKwek10 years, 8 months ago
I want to flash my sony ericsson Xperia ST 15i

ofiaich10 years, 8 months ago
Hi everyone!
The Sony Xperia S in Japan has Sony Ericsson marked on it.
Here is the Docomo white back for the Xperia SO-02D as it is called in Japan.

The Docomo page for the docomo NEXT series XperiaTM GX SO-04D shows SONY at the bottom of the phone!
Another link here
I guess they just took some time to catch up with the logo's!
Ofiaich