Today Sony Ericsson announced partnerships with 10 of the largest international and regional music labels including: Sony BMG, Warner Music Group, EMI, The Orchard, IODA, The PocketGroup, Hungama, X5 Music, Bonnier Amigo and VidZone, adding over 5 million new tracks to PlayNow arena. Sony Ericsson is currently negotiating further deals with a host of regional labels to further broaden the variety of music available and bring a wealth of localised content direct to the consumer.

Sony Ericsson introduced PlayNow in February 2004 as the easiest way to pre-listen and then purchase polyphonic ringtones directly to your phone. The service has proved a hit with consumers and is now available in 32 countries around the world, with annual free and premium downloads through both PlayNow and Fun & Downloads having reached more than 200 million. Since launch, the scope of the service has expanded to mirror the functionality of Sony Ericsson's phones to include mastertones (MP3 ringtones), games, full music tracks, themes and wallpapers. In November 2007 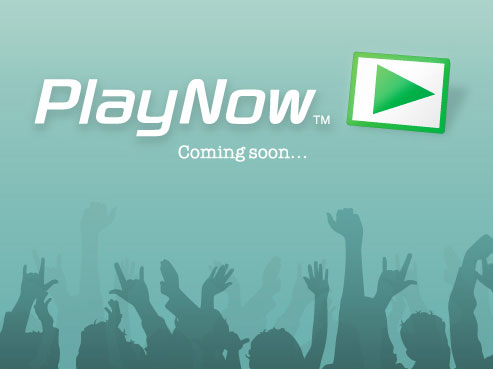 Sony Ericsson announced its intention to further develop its PlayNow service with PlayNow arena, offering access to a greatly expanded range of content and combining the power of the PlayNow catalogue with unique applications like TrackID, which identifies songs and allows them to be downloaded directly to your phone or PC.

"We are delighted to announce deals with such high calibre record labels. This will help realise our vision for PlayNow arena as a service that will be developed in collaboration with our partners. Our commitment is to work with the industry to ensure we are building an experience-based and intuitive content delivery platform, enabling the development of an ecosystem that provides a unique experience for the consumer and a business model where everybody prospers."

With mobile games remaining a key focus, Sony Ericsson has also added 250 new games through existing deals with leading games manufactures such as EA Games, Gameloft, THQ, Glu, Digital Chocolate and I-Play. Sony Ericsson users download more games to their phones than users of any other mobile phone brand*. These deals take another step in cementing its number one position in the mobile games market.

One Arena. Unlimited experiences
"The PlayNow arena is an open environment that offers something for everyone. We see PlayNow Uncut as the edgy version, whilst the PlayNow music section is more a case of familiarity, giving consumers something they know and are already comfortable with. Consumer experience is our absolute priority and we will continue to develop PlayNow arena as a service that appeals to all consumer segments and lifestyle trends," said Martin Blomkvist, Head of Content Acquisition & Management at Sony Ericsson.

The PlayNow arena will be brought directly to the consumer at: http://www.playnow-arena.com/

TrackID
The growth in popularity of the TrackID application has rocketed around the globe, presently recording more than 200,000 hits per day equal to more than two each second, a figure that has doubled in the last three months. TrackID will be an integral part of the PlayNow arena experience, offering an instant way to first hear a track – for example, in a coffee shop or on the radio – and then get it to your phone and PC. The PlayNow arena itself will feature TrackID Charts, created by consumers in real time using TrackID around the world. This will allow consumers to see what songs other users are searching for and wanting to hear the most, both globally and in their own market.

Comments
On 24 Feb 10:33 peter wrote
good to see SE now expand their play now service, the sooner the better. the content and things that will be available will be amazing! music, videos, SE's answer to the nokia music store!
On 7 Feb 15:52 atillathehunch wrote
to Rose; i use a similar program to download files from youtube into mp3 format music at a very high quality and for free. there are more options to get music and videos on the pc.

why pay high prices for a service to download tracks direct to the phone, when you can download them from other places on the net for a fraction of the price (or free) and then transfer them to the phone later?!
On 3 Feb 11:40 Steve wrote
To Paul
Nokia haves a service "Comes With Music"
So Nokia needs to do it :)
On 2 Feb 07:00 Rose wrote
You can try http://www.bywifi.com . It is a mobile website which allows you to download YouTube videos directly in 3GP format which almost all mobiles phone supports! It also allows you to search & watch (streaming) videos. All this is for FREE!

I think It is one step ahead.
On 1 Feb 01:20 paul wrote
going by sales,Nokia doesnt need to do that :-P
On 29 Jan 15:27 Prom1 wrote
YES ... loving the market push behind the PlayNow - Uncut; very promising for potential musicians to be signed & get their content out there. This is something that iTunes still somewhat ignores. I see good things in the future for SE users.
On 29 Jan 07:42 razec wrote
can nokia do that :P
On 28 Jan 21:02 ATTACKER wrote
THIS IS GOOD>