"We have developed two phones that meet the needs of two distinct audiences," said Howard Lewis, Vice President and Head of Entry Level products at Sony Ericsson. "The T270 and T280 build on the appeal of iconic Sony Ericsson phones like the T610. They are good looking and tick all of the right boxes; whether it's for the business user wanting a compact work phone or the everyday user looking for a classic, stylish camera phone."

At home on the catwalk or in the boardroom
The T270 and T280 offer classic pocket-sized style. At less than 13mm slim and built using brushed light metal with a glass finish, they offer premium design without the premium price tag. Take the T280 to the fashion mall and snap a picture of a possible new purchase or use the T270 at work to send a calendar appointment to a colleague via Bluetooth technology.

Sony Ericsson T280 – In Touch and In Fashion

Maximum exposure
As well as its good looks, the T280 lets you take and send a photo in just a few clicks. Browse through your pictures on the phone's screen or send them via Bluetooth to a friend's phone.

Multitask effortlessly
Both the T280 andits sister-product, the T270, are compatible with Bluetooth Headsets such as the newly announced HBH-PV770. The HBH-PV770 headset sits discretely in your ear and offers remarkably clear audio, even in noisy environments, thanks to its Digital Noise Cancellation and fast Automatic Volume Adjustment features.

Your personal assistant
The T270 combines grown-up good looks with a set of features designed to meet the needs of the busy professional. Access key menu functions such as phonebook, calendar or messages with just one touch and use the built-in speakerphone to take a conference call.

Just the job
Both of the phones announced today are designed with a clear audience in mind. For the T270 it is the business user who just wants the essentials done well.  It has been purposely developed without a camera to keep things simple and is built with a metal housing and clearly laid out keypad to ensure a robust phone that is easy-to-use.

For whatever reason you need a phone – whether it is for work or just staying in touch with minimum fuss – then Sony Ericsson say that they have a solution with the T270 and T280. 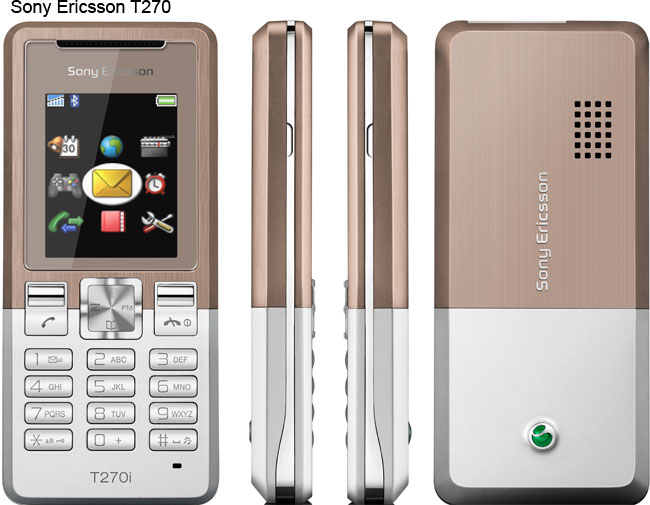 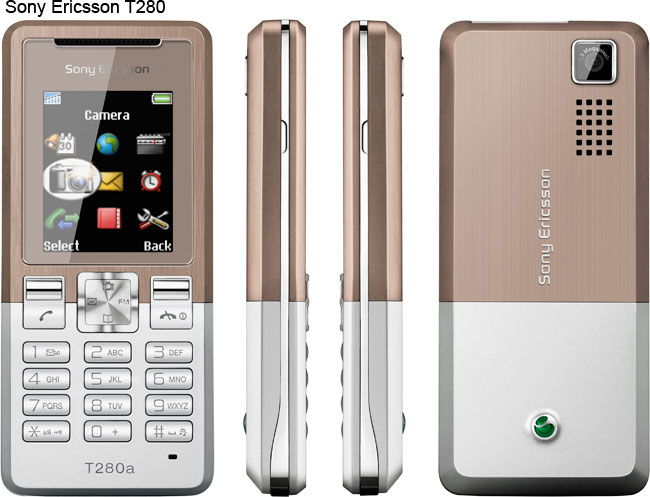 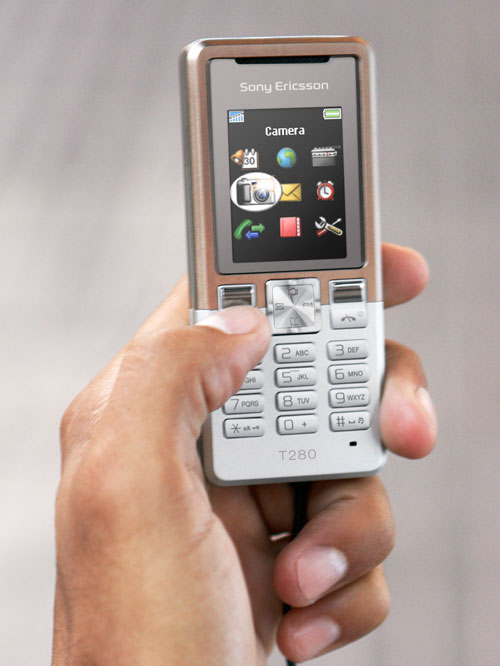 Comments
On 11 Feb 23:43 Consume wrote
Seem that SE is raising the level of the'low level' segment. Are they giving place to a newer segment below it?
On 4 Feb 09:51 mode wrote
1.3 mp camera, radio, media player on an entry level phone, 3 years ago I'd say that's pretty much mid to high end stuff. Absolutely stunning design. But unfortunately just another phone I don't need from SE
On 31 Jan 03:55 ooooofp wrote
from me ok n kht anoh
On 28 Jan 08:44 well wrote
regarding my last comment about being for the last 5-6 years a SE consumer.. My last SE was a k800i.. [now a Viwety owner] K800i is a pretty "high-end" phone IMHO, but P1 should be a better versus. Anyhow, what I'm trying to say is that SE remains behind other producers.
R.I.P SE!
On 27 Jan 10:00 razec wrote
it is evident that open minded people undserstands why the phone only has that or that without too much bitter comments considering this is a low-end phone and not high-end and fanboys on the other hand always bashes and speak-ill on SE without thinking radically :P

Dont make such silly words when you all know it's a low-end, where in the world would you expect HSDPA? WiFi? 10Mp camera on a low-end phone? if this was advertised as "high-end" then that's the time you should protest even directly at SE but that aint the case so please think more radical :) anyway it's still more featured than any low-ends up there
On 27 Jan 05:14 snmnet wrote
nothing compared to nokia 6500 slide...
On 27 Jan 02:34 hank wrote
same old same old.
On 26 Jan 23:26 abinge05 wrote
I don't think they're trying to compete with the Viewty ;)
On 26 Jan 12:26 well wrote
after being a SE consumer for 5-6 years, I bought a LG Viewty [3G] And I'm very happy with it.So long SE!
On 26 Jan 00:29 Ha wrote
Are they trying to break the record for the smallest screen here?...
On 25 Jan 20:20 abinge05 wrote
THESE are the kinds of phones that could get SE some real attention over here in the US, where people don't know **** about phones and only buy them based on looks. Get signed on with a carrier people would spend $100 EASY on this compared to the other crap that is out over here. Of course we all know that won't happen.
On 25 Jan 16:07 Residentevil wrote
Great looking phones. Plus the metal makes all the difference.
On 25 Jan 15:41 keight00i wrote
yeah, they both look nice for a cheap-o phone... try and beat that, plasticky-nokia...
On 25 Jan 04:07 erotomaniac wrote
looks good for low-end fones. It would have been better tho if they gave it a bigger screen. All that space around the screen seems like a waste. looks like they're recycling all those unsold t650s heehee.
On 25 Jan 02:48 MuhummadOli wrote
vvv Hahaha, is that guy at the bottom serious? Its a low-end phone and it looks amazing especially considering you will pay next to nothing for it. Great design for cheap. Awesome.
On 25 Jan 02:17 onggp wrote
Looks okay. For phones that are meant for low-end users, they look stylish enough. I can't get over the feeling there are lots of criticizers here in Esato. Better get a life.
On 24 Jan 23:16 Sai wrote
Its like a cheap T650i
On 24 Jan 22:20 miyagi wrote
looks horrible