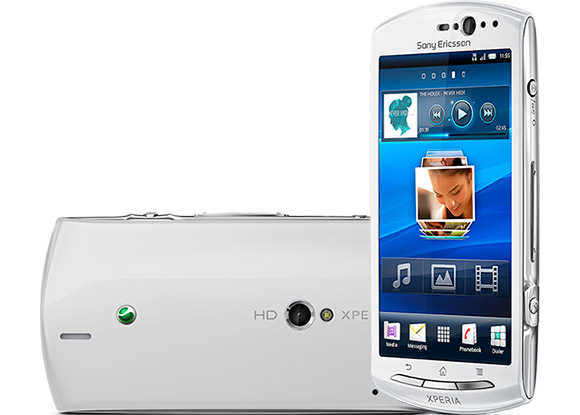 Today Sony Ericsson introduced the Xperia Neo V Android smartphone with a 3.7 inch display, 5 megapixel camera and 1 GHz processor. This is a remake of the Xperia Neo released earlier this year. The V-model has the same specifications as the predecessor except for a lower camera resolution. The new model are rumored to have another camera because of shortage of 8 megapixels modules caused by the Japanese earthquake earlier this year. The price for the original Xperia Neo is lower now than when it first entered the market. A new model with worse hardware specifications will have to have an even lower price than the current Neo which could make the Xperia Neo V a model for the mass market.

There is a drawback with a 5 megapixel camera. The original Neo received good critics by reviewers mostly because of the good camera capabilities. When this advantage are gone, the Xperia Neo V might not be such a bargain anymore. We haven't tested the new model yet, but the Xperia Neo is in daily use by us and the good camera is one of the major reason for that.

Xperia Neo V will be shiped with the Sony Ericsson's upcoming Android 2.3.4 release, but the original Xperia Neo will also be upgradable with this version, so this it not an advantage for the Xperia Neo V.

goldenface10 years, 3 months ago
It's also supposed to be around 100 Eur cheaper then the original Neo.
Also, the reason for the drop in cam resultion seems to be because of a shortage of 8MP sensors from Japan, citing the earthquake.

razec10 years, 3 months ago
This phone could even harm the sales of mini pro here in my country, the lowest priced Neo i've spotted was about $299 which is similarly priced with the mini pro.

goldenface10 years, 3 months ago
The mini is aimed at a different market though and is quite unique. People buying the Mini won't necessary want a 4" screen.

bart10 years, 3 months ago
I'm not sure this is a good thing.
It will help sales a little bit, but it will harm the company in the end.
Their phones are not top of the line, and now they start to strip them so they can boost sales?

Bonovox10 years, 3 months ago
The original Neo is now seen online for £260 or less. How much will this be?? It's a nice package still.

laffen10 years, 3 months ago
@bart
I don't think Sony Ericsson do this to increase sold units. They do it because they don't have access to enough 8 megapixel modules. The option might have been either to abandon the model completely, or change the lens.

bart10 years, 3 months ago
whats next? they going to use fixed focus?

razec10 years, 3 months ago
if the 5mp camera would prove to be more capable, why not? Neo hasn't got the best 8mp quality at the first place.

laffen10 years, 3 months ago
@razec
The Arc won the EISA European Camera Phone of the year award this year, and the Xperia Neo has the same hardware so it can't be that bad.

razec10 years, 3 months ago
Yes, but i'm afraid i've become quite paranoid with the review on GSMArena saying that Neo has a bit lower image quality than Arc, i wonder if the problem has been fixed already

HxH10 years, 3 months ago
8mp back-illu sensor factory must have recovery from March's crisis at first place and rumour as iPhone (next gen) to use Sony module obviously second strike to prevent original Neo comeback from death.
Probably

Shino0310 years, 3 months ago
Does anyone know if this will be available by October?