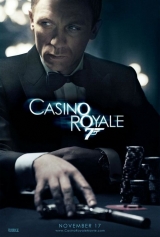 These exclusive new camera phones which will be available for a limited period of three months, enable the worlds most famous secret agent to stay on top of the action with exactly the same sense of style and performance as Sony Ericsson phones bring to everyday life. So whether its enemy surveillance or you just want to take high quality photos and share them instantly with friends and family, the Cyber-shot K800 and K790 phones are a must.

Casino Royale is released globally on 17 November 2006. Daniel Craig stars as "007" James Bond, the smoothest, sexiest, and most lethal agent on Her Majesty's Secret Service. Based on the first Bond book written by Ian Fleming, the story reveals the making of the world's greatest secret agent.

With both the latest Cyber-shot phone and the M600 Smartphone being used to assist the non-stop action in Casino Royale, plus a major marketing promotion to coincide with the launch of the movie, this is yet another example of collaboration between us and Sony Pictures Entertainment," says Jan Wareby, Corporate Executive Vice President and Head of Sales and Marketing at Sony Ericsson. The special silver edition Cyber-shot camera phones will allow Bond fans to personalize their experience of this fantastic movie whilst also enjoying one of the best performing camera phones on the market."

The silver K800/K790 phones are a natural fit with the cool, sophisticated style of James Bond  a man who doesnt do things by half-measures. Both are highly capable mobile phones that also provide cutting edge camera features, a 3.2 Megapixel camera with Autofocus, Xenon Flash for lowlight conditions and BestPic, which allows the user to take nine pictures of a moving object simultaneously and choose to keep the best shot. High speed 3G data transfer then allows the user to share images easily and instantly so you can share them with friends, colleagues - or even MI6  as you take their picture.

No special edition handset of this caliber would be complete without a host of 007"-themed content. The silver K800 and K790 Cyber-shot phones are equipped with Bond wallpapers, music ringtones and the full video movie trailer. The phones also offer Picture Blogging for uploading photos to a personal online blogsite & PictBridge for printing direct to a printer, without the need for a PC or laptop. 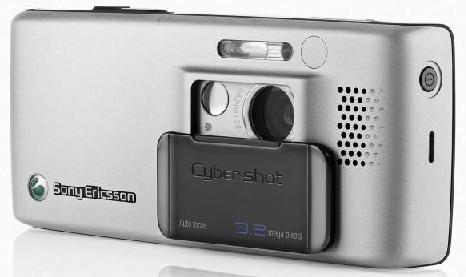 Comments
On 24 Oct 10:59 Majic wrote
Okay, i got the black one a week after it came out. then they had the alure brown, which is more like pinkish poop that sparkles in the light. now they made silver just like 90% of all phones world wide, why dont they stick to luxury colours that look expensive...ex.Mayonaise? with Stainless steel..Or wait they gotta make a lil extra cash from mixin the paints as 7bill is not enough for 3.2megapixel phone, I love it but there is phones out there with 5.2megapixel...ouch!!!wut now sonY!!
On 17 Oct 15:24 Ben wrote
Check out the Sony Ericsson Casino Royale site: http://www.sonyericsson.com/casinoroyale

> Thats it I've caved I must have the SP K790i; better phone than my new W810i. I love the colour combo. Originally styling wasnt great, its grown on me :D

> Hmm Special Edition, SE's 5th Anniversary, RECORD Revenue, Sales & Profits = PURE Collectors ITEM!
On 13 Oct 00:03 ArabNokianet wrote
Interesting too =)~
On 12 Oct 20:35 JIBJIB wrote
If it doesn't have a built in taser, x-ray application or oil slick is it really true 007 phone?
On 12 Oct 19:31 zakc wrote
I have the black one (T-Mobile) but the brown one seems the coolest.
I have a white ninty DS and the bits that aren't smooth and wipe away have already got marks on them that make it look gross.
So the silver/white versions of most things (except cars maybe) are unappealing to me.
On 12 Oct 18:46 OWAISABDULAZIZ wrote
best
On 12 Oct 17:51 LaughingBoy wrote
It's all about the marketing. If this colour was released first, we'd all want the black one.
On 12 Oct 13:54 undyingSEcroony wrote
Did james bond listen to MP3 during the movie? lol...............they should change the name then...............CYBER-MAN or WALK-SHOT....pretty cool.
On 12 Oct 13:19 grimm wrote
nice marketing SE but want something fresh now.not different colours of existing phones.
On 12 Oct 13:13 QuickShare wrote
i knew it was K800 on the first glance before.. :P nice one ;)
On 12 Oct 12:25 davidbeckham wrote
the black one (like mine) much better
On 12 Oct 12:15 kyle wrote
your all freaks
On 12 Oct 12:13 kashif wrote
this selver cybre shot phone is very good
On 12 Oct 11:56 lifelover wrote
damn thats really nice.i buy it now its too good