OpenGL ES is the ideal API (application programming Interface) for effective and optimal development of 3D games on operating systems like Symbian, or virtual machines like BREW. The arrival of this API in mobile phones such as Sony Ericsson's UIQ 3-based M600 and P990 will also be a giant step toward the democratization of 3D.

Gameloft's President, Michel Guillemot, is very pleased about this agreement with Sony Ericsson. "OpenGL ES is the technology of the future for 3D game development. The transition from 2D to 3D can be compared to that of black-and-white TV to color TV. The massive arrival of powerful 3D games enables us to offer our customers an absolutely unique experience-for just a few euros. They will always have access to games like Vijay Singh Pro Golf 3D on their phones, with incredible resolution and depth."

Along with the launching of its OpenGL ES based Vijay Singh Pro Golf 3D, Gameloft also announces that it has selected the Sony Ericsson W810i Walkman® as the primary phone to serve as a master version for all future Java development thanks to its high quality processor and screen.

Vijay Singh Pro Golf 3D is a simulation hyperrealistic golf game that allows the player to personify and compete against 8 entirely customizable players, including the great Vijay Singh, and allows them to advance in their careers through practice, golf courses, and later tournaments, featuring golf circuits from all over the globe-Harbour Town, for example. The graphics and animations (optimized thanks to the OpenGL ES) are spectacular! www.gameloft.com 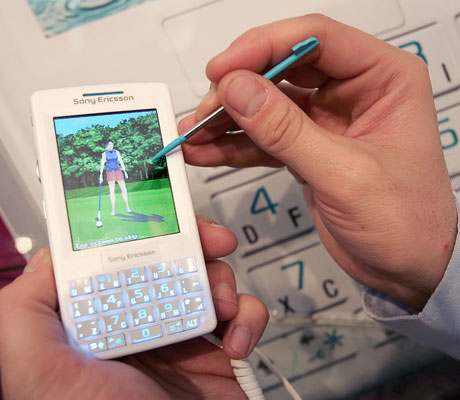 3 acquires 95 prime-location stores from the Link and O2

Comments
On 31 Oct 12:13 NeilRisley wrote
Hello there, I wander if you could help?

I have a Sony Ericsson P990i, with Vijay singh golf game.

The game is great & because it is so good I went on the gameloft website to obtain some more games, the problem the P990 is not one of there supported games!!!

I contacted gameloft & they said they had no intention of bringing games out for the P990???