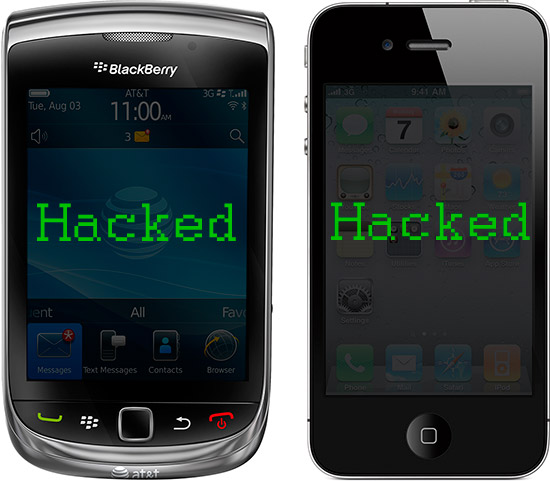 The contest is arranged by TippingPoint, a HP owned software company developing intrusion prevention systems for networks. Those who manage to show of a exploit will win the device they have hacked. Pwn2Own (pwn = hack, to own).

This year, both iPhone 4 and BlackBerry Torch 9800 were exploited.

iPhone was running os iOS 4.2.1 and the group of security researchers were able to gain access to the iPhone's address book via a vulnerability in Mobile Safari. The same exploit is found in the iOS 4.3 which was release earlier this week.

BlackBerry Torch 9800 OS was hacked by the same team that hacked the iPhone in 2010. A bug in the WebKit-based browser was the reason why the team could get access to the BlackBerry OS 6 by visiting a specially-crafted web page.

The security flaws found is handed over to TippingPoint which provides a report to the handset manufacture. Details of the vulnerability findings are not released to the public until the bug is fixed.