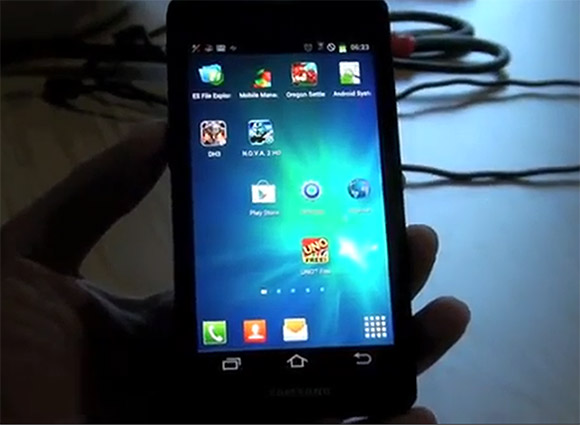 Samsung Galaxy S III is beside the Iphone 4S/5 possible the smartphone that has gained most attention during the last 6-7 months. There could be several reasons for this and we do not have the answer, but we think we will have to blame the successful Samsung Galaxy S II for most of the attention. Like some of our readers, we are following the media coverage of Samsung closely every day, and the last couple of days has been busier than ever.
So how is it that an unannounced smartphone is among the most popular mobile phone related topics? We all expect a successor to have better specifications than the model it is replacing and the Galaxy S II was one of the best and most expensive phones available when it entered the market in May last year. Of course the Galaxy S III will be faster/thinner/lighter, and guessing the specifications might be one of the reasons for the high interest.
The Iphone 4S is one of the most expensive mobile phones available today and it is also a popular topic on the Internet so maybe it a connection there. The gossip is all about the high-end models such as Iphone and Galaxy S3. But why didn't we hear so much about HTC One X or LG Optimus 4X HD smartphone models which very well might beat the Galaxy S III specifications. Samsung is the world's largest maker of mobile phones which drives eyes to what the company is working on. Is the solution to having the tech world's attention to make a fantastic smartphone with the best possible specifications? And without having to think much about the retail price? I seems so, looking back at the past few years and the success of the Iphone and Galaxy S II. It might cost vendors a lot to develop and produce these high-end models, but the marketing value earned by getting a good reputation as a maker of quality electronics will over time make it profitable. We doubt Samsung predicted a sale of 20 million Galaxy S II when the company started on the development of the Android handset but we are talking about the successor now because the Galaxy S II was such a good phone. Samsung does not need to spend a penny on advertisement as technology blogs write about the mysterious phone anyway.
There are not many mobile phone manufacturers which are able to prevent leaks of spy shot photos and photos of roadmap presentations. We can think of only one company that historically have been able to prevent any leaks at all, and that is Apple. But this might have changed. The latest rumours we have read about Samsung is that the company's pre-production "Galaxy S III" model is sent to operators wrapped in a black box. A camouflaged exterior surrounding the model which prevents untrustworthy employees capturing pictures of the final device design and publish these on Twitter. Much the same thing as an unannounced car camouflaged to the unrecognisable on its way to the test track. Samsung is not quite there yet, but this could be a small step being more like Apple with comments like "No comments" and not replying to any media enquiries. Ever.
Samsung earlier this week sent out an invite to an event which will be held on May 3rd in London where the next Galaxy will be unveiled. The latest rumours come from Engadget which has published a video of a Galaxy S3 prototype. As you can see, this is not in a "black box" so it might not be the real thing after all
Rumoured Galaxy S III specifications
As you have read this far of the article it is good indication that you are interested in the next Samsung flagship model. Do you follow the Galaxy S3 news?
Tags: samsung galaxy s ii galaxy s iii galaxy s3 iphone apple

skblakee10 years, 9 months ago
My honest and frank opinion to this question is that it is time that another phone besides the iPhone get a lot of buzz and attention. I am fed up of the iPhone hype.

Also the Galaxy S and SII are considered to be the best or among the best Androids to come out. They are the standard by which other Droids are measured. Even today on another site I saw the Experia S and the SII being side by side compared. So without a doubt the SII was the best phone of 2011.
Now if Sammy can get a nice smooth bit of software to make it easy and graceful to move content from phone to phone or PC to phone like iTunes and make timely updates then the iPhone will get even less buzz.
Sammy better get this one right - great screen resolution, fast processor, great battery life (which it seems might be coming), light, slim, quality feeling body, better quality photos and videos, 32gb internal memory - plus smooth integration of all that then things should be great.

dominiquelan10 years, 9 months ago
I couldn't agree more. It's about time that the iPhone shared the limelight with other worthy smartphones. The Samsung Galaxy SII and SIII are worthy competitors.

semo10 years, 9 months ago
Why would anyone want to camouflage this?!?
Probably it's going to look like all other Samsung/Android phones.
I would have understand this if they ever had designed something beautiful like the SE Arc for example.
It's all about raising the hype for this phone.

skblakee10 years, 9 months ago
Yes but other phone companies try to hype up their phones as well but don't get as much attention. The Galaxy S2 was a successful phone and that is why we see the S3 getting so much attention.

etaab10 years, 9 months ago
The thing is, its really hyped up for us here in the geek community who come online to chat and research more about our phones but is it really hyped up in the minds of the average mobile phone owner like the iPhone is ? I dont think so at all. I always post links to new flagship phones on my Facebook profile and chat about them with friends, however nobody ever comments unless its about the iPhone. When i chat to people face to face they never really know anything about the latest Galaxy phone, Android phone or anything else unless its the iPhone.
This is where the typical iPhone defender fanboys would step in and slate my opinion but even if they do, its true. Apple's iPhone product identity is so big and popular with the masses nothing else gets any attention. Its either a phone, or an iPhone, the two are not the same apparently.
So no, i disagree that the next Galaxy phone is receiving such attention due to its popularity with the masses. Instead i think its simply most popular because of two important reasons:
1. - The first Galaxy S and its 2011 successor were imo and many others the best Android phones available to buy in their release years. They were not perfect but much more powerful all rounder handsets than other Android phones from other manufacturers such as HTC. Samsung did a great job at bringing better screens, cameras, audio, build quality and software than their competitors.
and the much more important reason which is the real reason..
2. - The Galaxy S and its 2011 successor were the best all round phones which were able to compete with their iPhone counterparts. When going into a branch of Carphonewarehouse or any other mobile phone store, you're usually greeted with staff who'll try to sell you what they've been briefed as the most expensive phone be it the iPhone or its best competitor. This is what imo makes the Galaxy S brand so strong even though we've only seen two versions of its flagships from the past two years. People who didnt want an iPhone needed an alternative which im sure they absolutely loved.
Again, this is illustrated with the amount of uproar which came from the iPhone community upon the original Galaxy S release - they all kicked off and moaned it copied the original iPhone look.
The Galaxy SII was as far as im concerned the best phone to come out of 2011 and to be honest the only phone to this day which makes it look old is the HTC One X. So for me, its a toss of a coin between that and the SIII but i have a feeling come 3rd May my money will be going Samsungs way.
[ This Message was edited by: etaab on 2012-04-23 22:07 ]

Bonovox10 years, 9 months ago
Ah Samsung!!!! Apple,who???? Sorry but why shouldn't others enjoy the limelight for a change. Gets to a point where people lining up to buy the next iphone becomes such a yawn

I just like to see someone else get the credit. Samsung had some people waiting outside stores when the new Nexus was released too. I am sure though Apple are not worried but who cares

etaab10 years, 9 months ago
The fact people queue outside stores to me has always seemed to be a bit of an unintelligent thing to do and again illustrates how many people can be lead like drones using such strong brand identities as Apple's. Its the same with games releases with people stood in queues outside games stores waiting for the next Call of Duty game.
I dont think theres any problem people wanting the next iPhone / game / Galaxy phone on the day of release, but the intelligent person would preorder it so they can have a reserved unit ready for them to pick up at their leisure during the day of release. No ?

skblakee10 years, 9 months ago
As time goes by more and more hype is coming out about the S3 or SIII or next Galaxy. Now there is even a Googleplay app to follow the events.
If Samsung can make the next Galaxy easier to use (although the SG2 isn't difficult) and easier to transfer media content from one phone to the next Galaxy plus a great screen resolution then they the iPhone will have a hard fight on its hands.