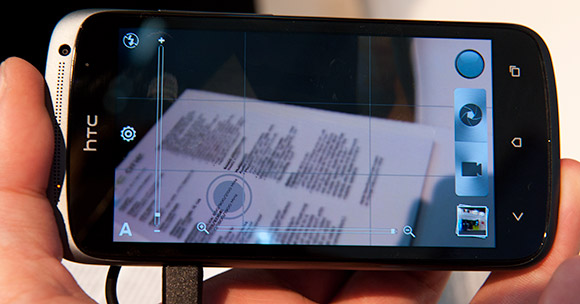 One of the first thing that stroke us when we touched the new smartphones in the HTC One-series was the impression of a very good build quality. We spent quite some time with all three One models during the last day at the MWC and they all seemed solid build. HTC One X with a 4.7 inch display and weight of 130 gram felt like the perfect weight/size combination. The weight gave the One X a solid impression without feeling heavy. 130 gram is as light as it gets for a 4.7 inch smartphone.

HTC was one of four manufactures to showcase a quad-core smartphone this year. The other quad-core phones announced were the LG Optimus 4X HD, Huawei Ascend D quad and ZTE Era. HTC One X is the flagship model from the Taiwanese company, but HTC also introduced the more budged friendly HTC One S and One V models at the MWC as well. These have smaller screens (One S: 4.3 inch, One V: 3.7 inch) with lower screen resolution, slower processor (One V: 1GHz, One S/X: 1.5 GHz dual-core) and less memory (One V: 512 MB) and with a less powerful battery. View the differences here

The added camera features was one of the things HTC CEO peter Chou talked about during the HTC One introduction. Many of these camera features are made by Scalado which most likely is the company behind some of the camera functionality in your current smartphone as well. Panorama shot being one of these. Sadly, there was no 360 panorama in any of the One's. All the new camera features are probably part of the new HTC Sense 4.0 experience which we will see in future HTC handsets as well.

HTC One X, One S and One V all have a dedicated imaging chip. We are not sure why a quad-core model would need that extra power reserve, but it may be possible that this chip is the reason why these camera phones can capture still images while recording video clips. We asked Scalado about the requirements for using some of their real time camera features such as Burst, HDR, Depth of Field, and they told us that their algorithm is so good that no extra graphic processor is required. As far as we know, all Scalado solutions can be run low- to average powered smartphones. Both the HTC One X and the smaller One S has a 8 megapixel camera with a f/2.0 aperture. An aperture of f/2.0 is twice the size of the more common f/2.8. The One X and One S are able to record video clips in full 1080p HD while owners of a One V have to be satisfies with 720p.

HTC One X example photo taken at the HTC booth: 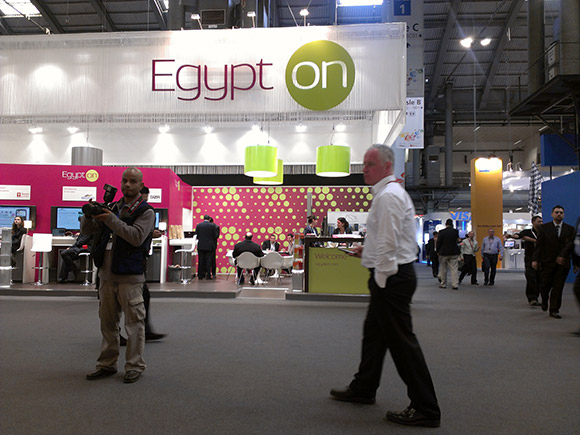 Sound quality is another area where HTC want to be one of the leading provider of smartphones. You have probably heard about Beat Audio which is a subsidiarity of the audio accessory maker Monster. Beats Audio is a combination of hardware and software and when a Beat Audio headset are connected to the 3.5 mm audio plug, the smartphone switches to a special profile which utilize the headset.

We got fond of the HTC displays, but the 4.7 inch HD was of course a little better than its little sisters. It has pixel density of 312 pixels per inch which probably is more details than a human eye can observer at normal smartphone viewing distance.

HTC One X is powered by the new Nvidia Tegra 3 4-PLUS-1 chip which has four main 1.5 GHz CPU cores but also a fifth battery saving core clocked up to only 500 MHz and this only runs when the phone is idle.

A LTE version of the One X is named One XL, and this model has the same specifications as the One X but with a dual-core processor instead of the quad-core in the One X.

Both the HTC One X and the One S will be shipped without a memory card slot. It seems like HTC needed to do at least one compromise trying to keep the two devices as small and light as possible. The HTC One V has a microSD card slot which let you expand the storage with 32 additional gigabytes. The lack of possible memory expansion might cause potential customers to look at products from competitors.

The HTC One X and One S gave us that familiar "me want" feeling. These models will for sure be worthy competitors to both the new quad- and dual-core Android smartphones announced at MWC this year.

HTC will also release the HTC One XL model which is a One X with added LTE and a slower 1.5 GHz dual-core processor

etaab8 years, 11 months ago
The more and more i see it the more im tempted to go all in and get one on T-mobile full monty plan. When its available.
I also think this is the first phone ive ever seen in white that ive preferred over the black.

argiriano8 years, 11 months ago
Scalado soft is one of the most powerfull tech these days... I think HTC will have much better cameras this year with it.

etaab8 years, 11 months ago
It would be nice for them to have a decent camera at last. The camera is usually one major part of why i never consider HTC phones.

Bonovox8 years, 11 months ago
Think in the camera department HTC just had no experience but saying that neither did Nokia & now look at them

etaab8 years, 11 months ago
Well my XDA2 from 2004 had a pretty poor VGA camera but did compete well against the P900 from SE at the time quite well.
HTC cameras havent really advanced much since they hit one megapixel, so hopefully this new lineup will change that. If so, i hope the next thing HTC concentrate on is build quality and reliability.