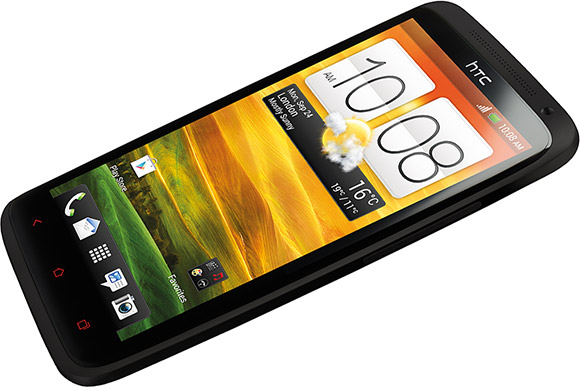 The HTC One X+ is the most powerful smartphone from the Taiwanese handset maker. It is a 4.7-inch model running Android 4.1 Jelly Bean powered by a quad-core 1.7 GHz Tegra 3 AP37 processor from NVIDIA. According to HTC, the One X+ LTE model is up to 67% faster than the One X LTE model. The One X WCDMA model has a performance increase of 27 percent.

You will not be able to differentiate the older HTC One X and the One X+ models as they have the same physical dimensions and of course the same screen size as well. At 135 gram, the One X+ is 5 gram heavier than One X. The display is also identical with the 4.7-inch HD 720 x 1280 LCD 2 touch screen. HTC has not released exact numbers regarding the battery performance except that talk time has increased with 37 percent. One X+ has a 2100 mAh battery compared to the 1800 mAh in the One X.

HTC has gone all in with the storage capacity where One X+ has 64GB internal storage, up from 32GB on the One X. Sadly, there are no microSD card slot on this one so you will not be able to add any more storage.

The One X+ has the latest version of HTC Sense 4+ user interface running on top of Android.

Bonovox9 years, 12 months ago
Looks good lets hope they do better this time around. I do like the One series

nicv279 years, 12 months ago
Looks good.... Hopefully it's better than the Sensation XL I had and my mates One X that's been back 3 times....

chunkybeats9 years, 12 months ago
So is HTC worth a punt? I havent had one of their devices yet, although the reviews I see are average cameras on them. Is this true? I was a little bit put off with HTC because of a guy in my class and his One V has heaps of bugs which is on ICS. Im not sure why but its a lovely looking handset.

Miss UK9 years, 12 months ago
Chunky there great phones I've owned 2
In the past only glitch I'd say is battery life
Is abit of a let down but u can purchase extended
Life battery's for them