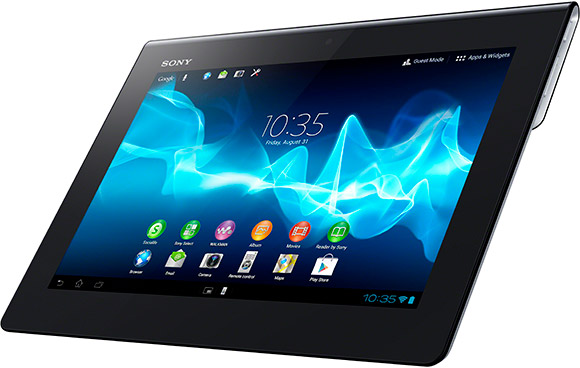 The 9.4-inch tablet was going to be Sony's comeback in the tablet market. The sales of the previous Sony Tablet S and Sony Tablet P was not very successful. Xperia Tablet S with Android 4.0 Ice Cream Sandwich and a 1.3 GHz Tegra processor was going to change this. But after selling 100.000 units of the new Xperia Tablet, Sony has decided to halt the sales of the device. The cause of the problem is said to be a manufacturing flaw at the Chinese production plant.

For those which already has purchased the Xperia Tablet S, Sony will fix the problem for free. Sony has not revealed when it will resume the sales of Xperia Tablet S.

goldenface9 years, 9 months ago
I think it might only be some affected. They're asking people to get theirs checked out to make sure they're OK. It might just be a small batch.

ofiaich9 years, 9 months ago
They haven't sorted out the WiFi and reboot problem yet..
Hope they get that sorted soon!
Ofiaich

Ahmadjoin9 years, 9 months ago
I hope a better future...

ofiaich9 years, 9 months ago
How many esato people have this tablet?
Might be good to make a thread for it.
so I made one here.

Miss UK9 years, 6 months ago
That is a pretty nice tablet "However Im not in the market for one though"


URL is not right.
I want to take a look