This concept design is made by Industrial Designer Torbjörn Eriksson,with a surname like that what else could you expect from a designer but a Sony Ericsson phone.

Torbjörn Eriksson did his Masters Degree in Industrial Design at the Ingvar Kamprad Design Center, IKDC (Founded by IKEA) at the Lund Institute of Technology, Lund University, Sweden,you can see the rest of his C.V (Resume) Here,So although others might not agree, i would say this concept has some pedigree.

Although this concept will most likely never see the light of day,with a few minor alterations this one could be a winner for Sony Ericsson if the suits at the top took a look at this seriously. www.industridesigner.se 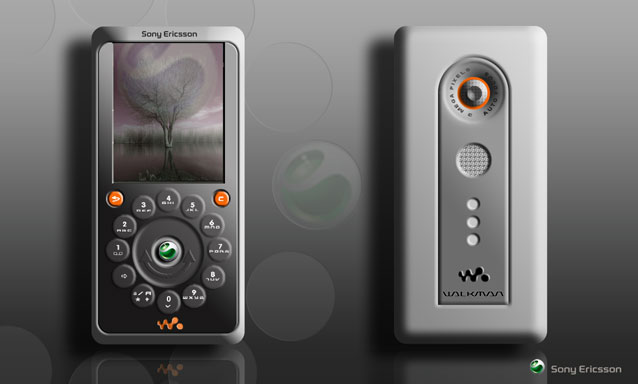 remold it!!!
On 29 Oct 04:43 hanash wrote
horrible XXXXbottonsXXXX
On 29 Oct 03:51 baineteo wrote
No phone makers should ever, ever create a phone that has buttons like this. Although they look different, the NK 3650 and Siemen's Xilibri products proved that they're a disaster!
On 29 Oct 02:05 QuickShare wrote
Overall are great concept phone but not quite sure about the button though..
On 29 Oct 01:14 somebody wrote
I like the back :) but not the front :P
On 29 Oct 00:29 ZJersey wrote
I really don`t like because it is very strange, i can`t imagine myself with that SE in my hands, the sms`s would be a complete disaster, think about it!
On 29 Oct 00:25 edwinj wrote
i like it
On 29 Oct 00:17 FrostByteUK wrote
just because all of our little arthritic thumbs are used to the standard 4*3 button layout doesnt mean it wont be hard to learn...
On 28 Oct 23:05 miguelandre82 wrote
For messaging the keypad sucks! A complete joke
On 28 Oct 22:43 p990i wrote
What if Sonyericsson lets us consumers to design a phone at the same time will we also choose the best. That's good right?? because this design doesn't amazed me.
On 28 Oct 22:30 prom1 wrote
Retarded! Simply a joke. Dialpad looks like a Nokia 3650+3660.
On 28 Oct 21:18 haynseycop wrote
looks horrible
On 28 Oct 20:42 qwertyuiopasdfghjklz wrote
WOW...looks like Taurus Excreta!!!

U dont need to be a industrial designer or all that...i know many passionate SE lovers who make stunning concepts of se phones in Photoshop.
On 28 Oct 20:33 tj wrote
looks ok but not sure on the keys
On 28 Oct 20:31 tindo196 wrote
If SE need ideas on design perhaps it would be wiser to consult and implement ideas from their japanese buddies