Sony Ericsson Vivaz is the second device from the manufacture in the family of communication entertainment phones. The Xperia X10 being the first.

The most noticable about the Vivaz is probably the HD 720p video recording capabilites with continous auto focus. According to Sony Ericsson, the curvy form factor will be a noticeable characteristic on all devices released in 2010. We have allready seen the Elm and Hazel having curvy forms.

The Xperia X10 running Andoid and now the Vivaz could be the models that are bringing Sony Ericsson back on top in sales figure of high-end devices. Let us hope the software and the usuall Sony Ericsson tweaks are tested thoroughly before final release, and that the phones will be free of bugs this time.

User-generated content, especially video, is exploding on the web," said Lennard Hoornik, Head of Marketing, Sony Ericsson. "With Sony Ericsson Vivaz, we have created a mobile phone that makes it easy to catch life in high quality video and upload that self expression onto the web to share with the world. Sony Ericsson Vivaz offers beauty inside and out with an open and intuitive user experience allowing consumers to capture, view and share their lives and spontaneity in HD quality."

A commond trend is to make 3G phones with video call capabilities without a front camera. This trend are carried on with the Vivaz.

Sony Ericsson Vivaz will be available in certain markeds in first quarter 2010. 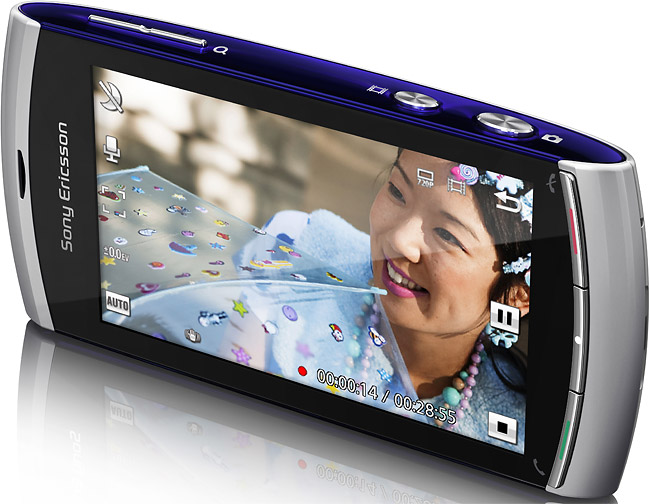 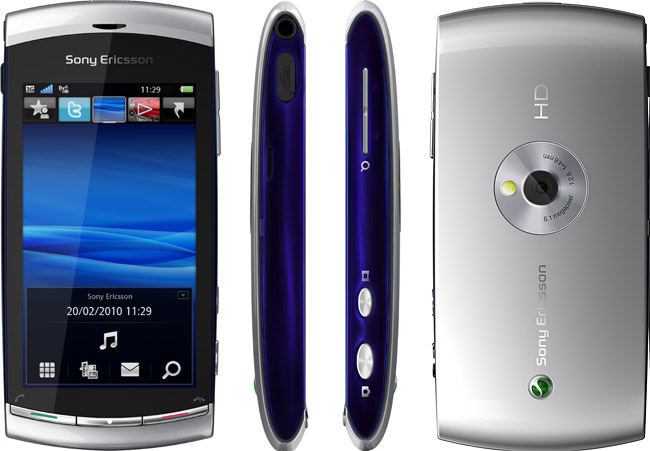 1) NOKIA 5130 Music Express (Cant get more value for money than that), against which SE has no answers at that price tag with 320x240 pixel, walkman and 2MP cameras.

3) Nokia's 5800 music express at Rs.13000/- is a big winner and its cheaper siblings like 5230, 5235 are challenging Samsung Stars status and are very desirable. SE still has not full touch walkman under 10k bucks here.

4) Nokia's E63, E72 with office capabilities and qwerty at Rs.13000/- are the status symbol. SE has no answer with any P-Series devices and the death of UIQ, ended with the P1i which was very popular in spite of it not having GPS.

5) Low- end market are always been dominated by Nokia write form Nokia 1100 days to todays Nokia 1280's. SE has not answer in this segment. In developing countries like India, China, Brazil, Biggest grosser are the low end ones and mid range ones. Students here go for sets at the range of 5k to 10k (13k max with some rich kids).

SE, just study the market trends and which phones are more popular at the moment and try to better that
On 24 Jan 12:46 GammaSharma wrote
Things which might help SE now:

6) Walkman: Introduce more low end with 320x240 resolution with good AF cameras but with LED flash only. Ship them with blue tooth stereo headsets which can be docked with the mobile for charging like a smart stylus.

7) P Series: The UIQ might be dead but please continue the P-Series (my personal favorite). Please launch the p5i with acceln meter and ROCK-QWERTY sliders.

8) Smart Stylus: Introduce smart stylus the proximity to which the phone can detect. This can be used for interacting with the mobile in zooming and scrolling when the stylus is moved about the phone.

10) Introduce biometric id / security system in your mobile phones. The front camera can id the user for security or can adjust settings accordingly, and biometric finger print reader on the side for security.

11) With the advent of gesture recognition system, introduce virtual keyboards which can project the full size qwerty keyboard on the table surface and recognize the finger movements.

12) Mobile with projector attachments which can project up to a screen size of 14" HD.

14) Integration of TrackID with the walkman player for tagging the songs correctly with info, lyrics and album art in all the formats (aac and wma too) via the internet.

15) Lastly, dont be stingy on the feature front where you remove features for the name sake, like removing a good camera frowalkman and vice versa. Nokia always offer better memo inpack.

-gamma(dot)talks(at)gmail(dot)com
On 24 Jan 07:01 GammaSharma wrote
This form factor leaves the camera lenses vulnerable to scratch without a cover. And with 3G video calling becoming more available, the lack of front camera is a drag. And the phone looks like a prototype and not attractive enough. Hope the panel is scratch resistance aluminum.
On 24 Jan 01:04 farhana wrote
when is this phone being released in the uk?
On 23 Jan 11:10 sloopjohnb wrote
Boring
On 22 Jan 15:42 David wrote
I hope Satio will have the same sofware in the next update
On 22 Jan 05:50 korbindallis wrote
I so wanted to get Satio but this is even better 720p video recording does give it an edge
On 21 Jan 23:30 Albin wrote
Also check out this Sony Ericsson video from Sony Ericsson Developer world. Hands-on video showing some cool features http://www.youtube.com/watch?v=m4hadFHinXc
On 21 Jan 18:47 rtomton wrote
what is continous auto focus ?????????????????
On 21 Jan 11:54 Rich wrote
Wow. Just W.O.W