The Sony Ericsson T650 is all about detail. The illumination effects on the keypad and the sides of the phone interact with animations on the screen. As these animations move across the display they set off waves of light around the keypad, which stand-out against the reflective stainless steel finish.

Powerful by nature Advanced communications, multimedia functions and connectivity are all second nature to the T650. This slim 3G phone conceals a high performance feature set. The 3.2 megapixel camera with auto focus takes excellent shots, and the 1.9-inch, scratch-proof screen makes it easy to shoot and view your pictures. The mineral glass display is placed directly onto the screen, which makes the colours more intense, improves visibility in bright environments and widens the viewing angle of the screen up to 170 degrees.

As individual as you Once you have taken your pictures, the T650 lets you to share your memories with friends next door or family across the world. You can show your photos on the screen, attach them to messages or post them on the Web using picture blogging.

Designed for everyday When it comes to keeping you entertained, the T650 is a natural. Its media player lets you to listen to your favourite tunes wherever you are, and thanks to the latest Bluetooth™ technology it’s possible to stream music directly from your phone to a headset. A stylish accessory, such as the Stereo Bluetooth™ Headset HBH-DS980 is the perfect partner here and is also announced today.

Stands out within the crowd At just 12.5 millimetres thin, the Sony Ericsson T650 builds on the design heritage of the T610 and steps up as a no-compromise 3G phone that balances form with function. 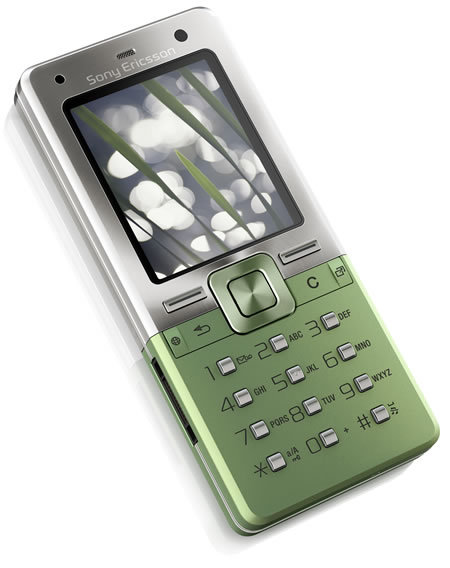 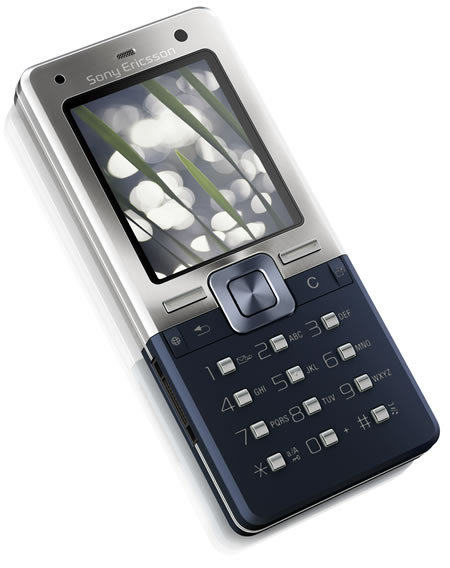 Squace on your Sony Ericsson

This phone will fit in my pocket, so it's OK by me.
On 16 May 15:41 eeiba wrote
I think it's about time SE launches the T610 predecessor. I've been one happy customer of the T series (T610 and T600). Kudos to SE.
On 15 May 13:37 ali wrote
Good looks ,beautiful ,latest ,stylish ,coluorful. I like this phone
On 15 May 02:35 SeF wrote
Sony Ericsson's advantage over the consumer's interest was the sheer small size with still powerful features(i.e. walkman 2.0 and 3mp camera) in which nokia hardly makes one for us because of the over features. nokia's slimmest phone yet are the 2630 and 6300 which when compared to W880, feature wise they lose while SE has W880 and T630 with bristling walkman 2.0 and 3.2mp camera. i wonder if nokia can make a phone similarly sized of either the two SE phones with PAR or better feature-o-size ratio.
On 14 May 21:44 bertel wrote
stylisshhh :D nicee!!
On 14 May 11:48 CYMalaysia wrote
I still think SonyEricsson is better than Nokia.
u hardly imagine this little creature has a 3.2 Mega Pixel camera.
Nokia has far to catch up Sony Ericsson's steps....
Nice screen, Nice voice supported bu Sony....
Also nice song download by SonyBMG.
Nokia lovers....wait till Nokia produce TV, LCD....other electrical products....
On 13 May 18:55 glo wrote
ref to janx. may be it looks like 6300 from out side but its is for more better inside. nokia hardware sucks. n95 is shit that is wat i have now. i hate n95, i should have gone for se. i had my lesson never i will buy nokia again.
On 13 May 17:09 JanX wrote
Definitely for the BLUE, GREEN sucks big time!!!! But, Nokia N95 is still the best of the best, this phone is however more of less similar to 6300.

From: Nokia jAN
On 13 May 00:05 ALEX wrote
CODED name Sonyericsson T650???
On 12 May 20:38 Naf wrote
Looks lame
On 12 May 08:07 mattsw810i wrote
No camera cover? Wha? WTF is the fast port doing on the side of the phone?
On 12 May 07:45 korbindallis wrote
silly the nokia 6300 is a copy of T610 not the other way around sonyericsson came up with that simple design way before nokia
On 12 May 06:14 NICECouldbemynextpho wrote
Pavoo
On 11 May 10:47 copyNokia wrote
looks like a copy of Nokia 6300 except that this one's 3G
On 10 May 15:20 neonismo wrote
Great phone! This phone is similar in style to the Nokia 6300, which is a very nice phone to have in your hand. SE look like they're getting back to basics. Can't wait for a black version to be released. Then it'll really look brilliant.
On 10 May 10:34 atillathehunch wrote
i prefer the blue to ther green. SE designers have got a green thing going on at the moment havnt they?! the green is probably like a bad smell, but youll get used to it after breathing it in for a minute.they really are going for simplicity with this one. like to see the fastport on the side though, another new trend appearing.
On 10 May 09:44 Faseeh wrote
Good going SE but the green colour sucks
On 10 May 01:36 man wrote
Ugly...
On 10 May 00:05 SeF wrote
excellent reborn entrance of S and T series. wondering how it made a great shot to nokia corp. they may release the N96 phone with mirror design flash UI and so-so many things that get messed up.
On 9 May 23:12 Delta9 wrote
Ladies and gentleman.... The T is back :D!!!
On 9 May 23:04 eternalfrost wrote
what about flash? Is this xenon or only led??? I think for now xenon will be only for Cyber Shot series!!!
On 9 May 21:24 bluechips wrote
this simply lovely and beautiful.... hurrah!!!
On 9 May 20:48 LasseMan wrote
The only true successor to the lovely T610. This is what I've been waiting for. I can finally buy a high end SE phone without the silly Walkman and Cyber-Shot brands!

Sony Ericsson is back on track, no doubt about it.
On 9 May 18:52 korbindallis wrote
I saw the themes and light effect of this phone its about time they intoduced that also i heard of changing themes accourding to the day like the samsung phones
On 9 May 18:38 globe wrote
i hate the buttons..
On 9 May 18:26 susan wrote
good phone, looks nature but with green suks , mineral glass will be cool to be improbe on all movile phones
On 9 May 18:17 sonythebest wrote
nice phone has every thing i would want in phone except the looks. this phone looks ugly. se makes the best phones but they have slowly started loosing the looks of their phones.
On 9 May 16:59 DoctorMantis wrote
So much for SE's promise of offering more for America :(
On 9 May 16:01 WhiteEye wrote
Looks like Toshiba fones....
On 9 May 15:38 bmatoregmailcom wrote
SE is the best, and t series just shows it. but we probably never get it down here in africa. will have to wait for some second hand later on. thats sucks!
On 9 May 15:22 LHT wrote
I love T series, and I will buy one~
On 9 May 15:17 nikitatroll wrote
nice,shiny, good looking but needs money
On 9 May 14:36 skylineR35 wrote
good try SE!! i thought T series have been dead...
On 9 May 14:19 imran wrote
good looking and waiting for it to come into my hands
On 9 May 14:08 zber wrote
good phone I think people have to get used to the phone but I LIKE IT
On 9 May 14:05 bodum wrote
was wondering where this went. about time, too :-D. hail, the king. long live the king!