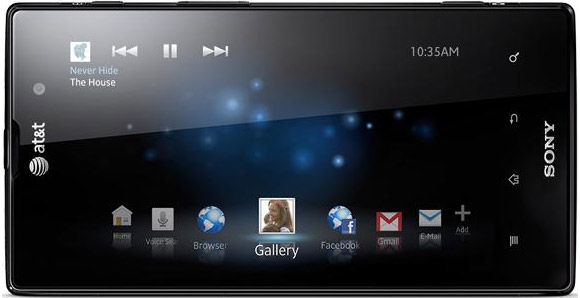 Sony is back as a player in the mobile phone industry. Sony Ericsson is no longer with us and the new devices are now branded with the Sony logo again. AT&T is the US is the first operator to have a Sony phone in the portfolio. Well, the Sony name is subject to regulatory approval. Sony Ericsson has not done very well in the US where released handsets showed up later than in the rest of the world.

Sony has chosen AT&T as the first partner for the refreshed brand. Julst like the company did when Xperia Play was announced in the US. The first Sony branded Android smartphone is the Sony Xperia Ion. The Sony press conference where the Xperia Ion will be held later this evening, but AT&T has already unveiled details about the new handset.

Sony already has a familiar logo. So does Sony Ericsson. Things seems to have been done in a hurry, because one of the illustration images shows a device with the Sony logo on the front and a green Sony Ericsson logo on the backside of the Xperia Ion. 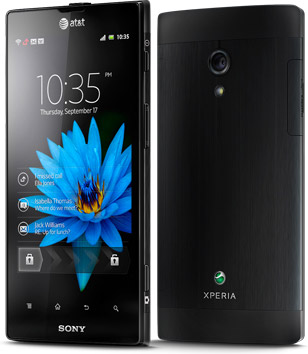 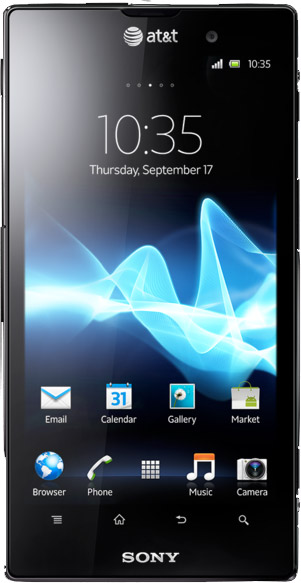 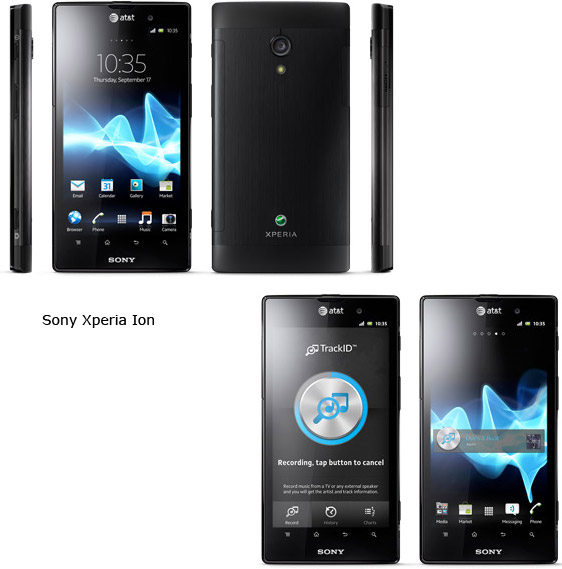 Sony Xperia Ion will be available on AT&T in the second quarter this year.

litemint9 years, 11 months ago
Too bad, only on US release only.

Bonovox9 years, 11 months ago
I know but I thought all this years handsets would come with it out the box

maki1019 years, 11 months ago
What do you think, does it going to be a no US version of the ION, or maybe some different design with similar spec for the rest of the world?

Bonovox9 years, 11 months ago
I should think there will be.

goldenface9 years, 11 months ago
So by the sounds of things

will be ensuring the 2011 Xperias will be receiving ICS before the new phones arrive which is a great and wise move.
Very nice looking device and it wouldn't surprise me if another version found it's way outside the US.

mustafabay9 years, 11 months ago
So in the video it looks like its a Sony Ericsson Ion. Notice the Xperia below the display while the photos say Sony. And the only time we see the real phone its held a weird way that covers the part above the screen.

Bonovox9 years, 11 months ago
Will this have an SD slot cos I read one or two new Xperia's won't?? What's the logic behind that??

goldenface9 years, 11 months ago
I was just reading an interview with Hirai and he implies that they are still to come up with a final name for the mobile operation:
Q: What's the future of Sony Ericsson now that Sony bought Ericsson's stake in the mobile phone business?
A: Subject to regulatory approvals, we will come out with a company name and some other fundamentals. That's not going to stop our ability to bring products to the market.
[ This Message was edited by: goldenface on 2012-01-09 21:51 ]

NightBlade9 years, 11 months ago
Someone please tell me this beauty is coming to Europe!!!

Bonovox9 years, 11 months ago
Why have they announced a US model first??

That aluminium back... hubba-hubba..

Bonovox9 years, 11 months ago
Looking forward to seeing the HD display cos

existing Xperia displays are good enough but a HD display would beautiful!!

Bonovox9 years, 11 months ago
Excellent above all manufacturers this is what i want a Sony with the best specs and hopefully good camera.

Oogamous9 years, 11 months ago
The designers at Sony are freaking magicians. They manage to maintain high standards of gorgeousness on all their top end Xperia phones.

razec9 years, 11 months ago
I don't know why, but i have mixed feelings with the design this time, It doesn't have the stand out look like the Arc S, and the back portion is pretty depressing (maybe it'll be much better when seen personally), and its sad to see that the dual front is dead, sorry, but on the brighter side Ion's design is still better than the crop of iphone lookalikes from Samsung
[ This Message was edited by: razec on 2012-01-10 06:26 ]

Caspa9 years, 11 months ago
There you go, Sony throw a bit of money at the JV / Mobile division and produce the goods...

mrjulius9 years, 11 months ago
Great and unique design by sony.

and great specs to. and the price will be WOW to