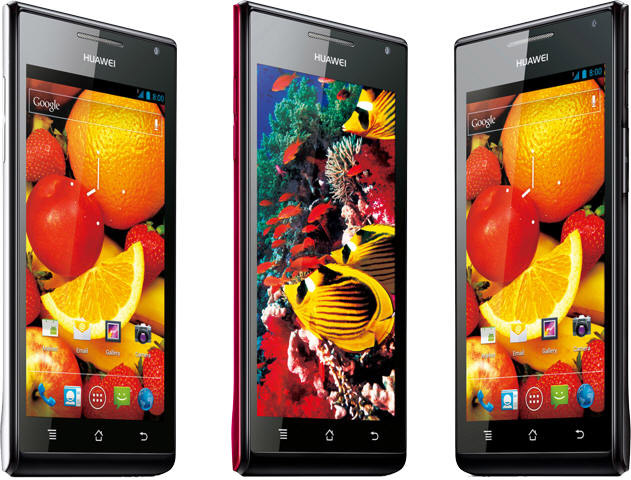 As of today, the day before CES opens, the Huawei Ascend P1 S is the worlds thinnest smartphone. This can change tomorrow when more manufactures unveils their upcoming Android smartphones.

According to Unwired.net, the Huawei P1 S is a 6.68 mm thin Android smartphone with a large 4.3 inch display. The display resolution of the touchscreen is a decent 540 x 960 pixels and it has Corning Gorilla Glass which should prevent most scratches from appear. Huawei P1 S has a dual-core Cortext-A9 processor running at 1.5 GHz. P1 S is running on the latest Android 4.0 Ice Cream Sandwich operating system.

A little thicker sister model Huawei Ascend P1 was also announced today. It is 7.69 mm thin. Both the P1 S and the P1 share many features. Such as a 8 megapixel camera, 1.3 megapixel front-camera. Both models can do HD recordings with the front- and main camera. Main camera records at 1080p while the front camera has a 720p resolution.

Bonovox9 years, 1 month ago
Wow nice one Huawei said they now wanna compete with the big boys although they are already quite big. Laffen slight mis type you put 15 ghz

That would be nice though!!

rikken9 years, 1 month ago
This may be a winner if the price is right

Bonovox9 years, 1 month ago
Looks alot like the Motorola Razr thin one they recently released.

Bonovox9 years, 1 month ago
I have just heard that this amazingly specced device will be around £260. That is amazing and Huawei are not too bad a company

Tsepz_GP9 years, 1 month ago
Very nice, im glad to see Huawei trying to compete with the big boys, they are already making a name for themselves in many emerging markets such as Kenya, Malaysia, India and China apparently.

pt0209 years, 1 month ago
For my taste they make the phones today too thin
I would be scared to damage it... and even holding it won't be comfortable
Love my little brick (XminiP)