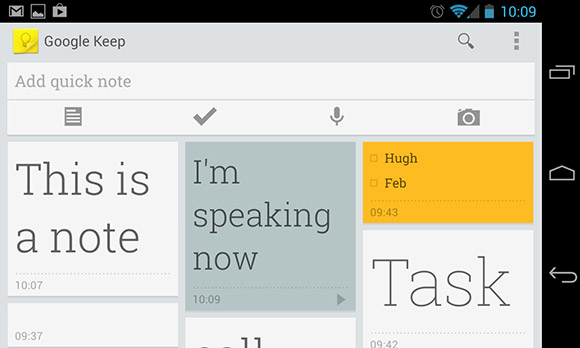 Google has announced a small but very useful tool for Android users. Google Keep is an Android app and desktop service which let users take notes and sync these between a mobile and desktop. One of our favourite Android app Evernote has now gotten competition from Google. The new service from Google lacks many of the Evernote feature such as sharing, multiple accounts and more. But the Google Keep service is just fine for taking notes on a PC and sharing these on a smartphone. At the current stage, it is possible to add four types of notes. A Text Note, List Note, Pictures and voice note. Recorded voice notes will automatically be transcribed to text. The Android app will only accept new pictures taken with the camera while the desktop version will only accept uploaded pictures. Notes can be assigned one of eight colour codes.

The Android app will work on devices running version 4.0.3 and up. Those using an older version of Android, or a smartphone running a iOS or Windows Phone could use the browser version of the service at the location http://drive.google.com/keep 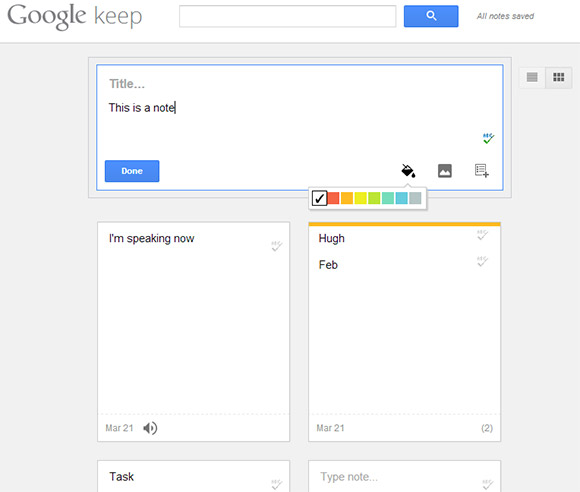 Del9 years, 3 months ago
Just downloaded it now, looks to be a good note app and it syncs across all my devices and laptop

etaab9 years, 3 months ago
Its simple and refreshing.
Better than Evernote imo.