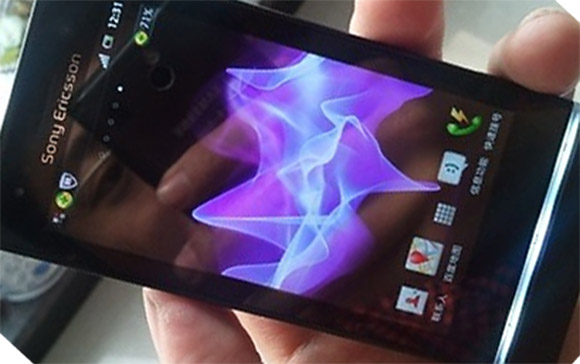 This image is supposedly the first leak of the Sony Xperia U ST25i code named Kumquat. By looking at previously leaked Sony Mobile roadmap for 2012, we should expect a Xperia Kumquat announcement during MWC in february if that phone model are going to reach the stores in April. The same roadmap also reveals that ST25i Xperia U is one of the cheapest models coming from Sony in the first half of 2012. 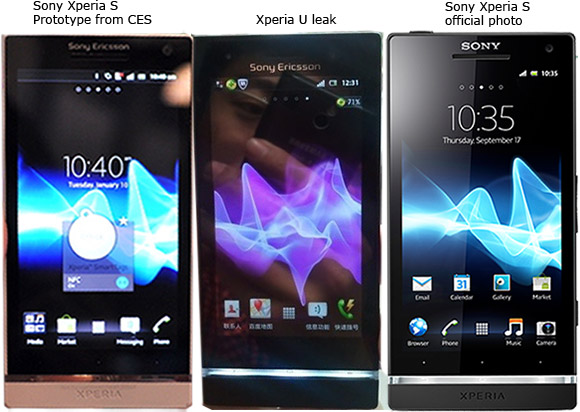 Sony Xpera U has the same form factor as the Xperia S. And it could for sure be mistaken for being the larger model. But the display size is smaller and the resolution will probably not be of 720x1280 HD quality. The battery icon and signal strength bars  in the Android status-bar are larger compared to the Xperia S which should indicate that the Xperia U has a lower screen resolution. Comparing the Xperia U with the Xperia S models with those from CES branded with Sony Ericsson also shows that the brand name is located below the speaker. The Xperia U ST25i is pocket friendly device with a 3. 5 inch display rumored to have a more normal 480 x 854 resolution display, a 5 megapixel camera and 1 GHz dual core processor.

Sony's leaked roadmap was for the Indian market, so the price in the list is not directly convertible. But the current Indian Rupees currency converts to 262 Euro for the Xperia U.

Is the Xperia U with a small 3.5 inch display something you would consider buying, or is the large Xperia S 720 x 1280 HD display the major attraction for buying one of these? 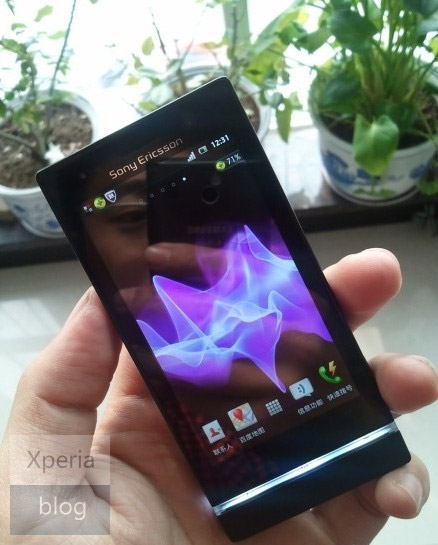 randomuser10 years, 5 months ago
So Sony is using its own naming scheme for Xperias this year like Vaio and Walkman. Single letters

Apparently the Mint is going to be Xperia Z

Bonovox10 years, 5 months ago
So far all new Xperia phones I cannot tell which one is which they all all look the same.

goldenface10 years, 5 months ago
I think this new design is a lot better looking than last years - not counting the Arc. It'll help establish a unique identity and the matt black and blocky, slab look reminds me of the nicer looking Bravia TV's.