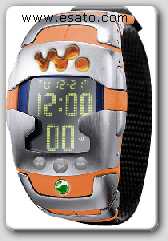 You will be able to connect to all your music via the watch and play/skip/foward all your music tracks,It will will also have caller ID display.The Sony Ericsson Walkman branded Watch will be made available in a Limited Edition of only 10,000 pieces worldwide so it will be pretty exclusive.I can already see that the demand for this will be absolutlely huge.

Its also said that these will be made by the famous watch company fossil and will retail for around £150 but with such a limited quantity produced im sure these will be selling four times their retail value on places like ebay.Here's a mock up which i had made of what the watch might look like,but its very likely it will be nothing like this but who knows. source:fatreg 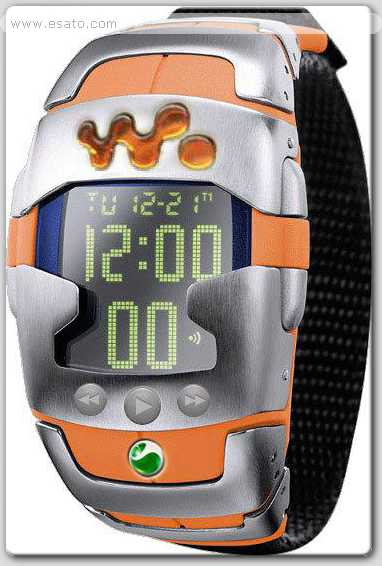 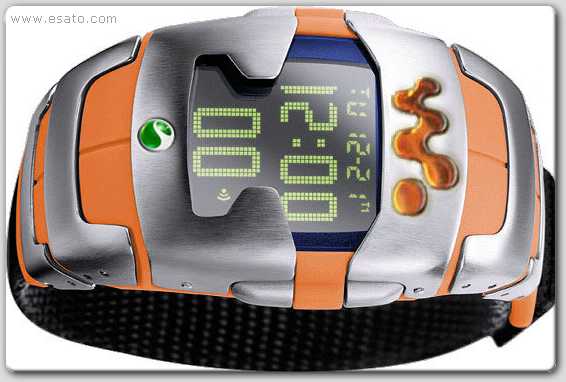 http://www.sonyericsson.com/bluetoothwatch/default.asp?lc=en&cc=gb
On 28 Sep 10:50 laffen wrote
It is official: http://www.esato.com/news/article.php/id=1134
On 28 Sep 04:27 jasond wrote
Well, at least it's not ugly. Cough. :)
On 28 Sep 03:41 SloopJohnB wrote
One more opportunity for SE to cash the walkman brand, now with accessories for their phones... Why not a more relevant product? Who is going to buy this with stereo bluetooth earphones already out there that come with remote control? Funny thing, nokia announces the exciting N95 now and what do we hear from SE: a useless watch, a shy attempt to imitate ipod + nike partnership, shame on u SE.
On 27 Sep 22:50 JonathanMorris wrote
Fossil are about to announce a Bluetooth watch (we've seen a prototype) but I was ill the day they came in to show it. These photos may be fake, but the a real product is definitely happening and it's quite possible that SE has done a deal with Fossil to have their own variant.

Jonathan
What Mobile magazine
On 27 Sep 21:58 aha wrote
how much money???
On 27 Sep 21:38 axxx wrote
erm yeh..thats what it says in the article that the pics are a mock-up!
On 27 Sep 21:16 Slowjoe wrote
That picture is just so fake....
SE would never make someting that stupid..
On 27 Sep 21:09 Marc wrote
I wouldn't wear it if you paid me possibly one of the most stupid ideas i have ever heard totally and utterly pointless and at over double the price of a HBH-DS970 totally insane. But if any of you want one and are happy to wear it as well as a set of headphones good luck to you and i hope you enjoy it, Just not for me thanks but then i am 46 so it may be an age thing.
On 27 Sep 20:13 Yanosh94 wrote
In orange it is ugly , in black maybe.
So i think a new bluetooth headset because the hbh-ds970 have a controller
On 27 Sep 19:45 etaab wrote
For once, a piece of news that is a good idea. I like it, alot.

Not really my taste in wrist jewelry however. :)