Membership of the Open Handset Alliance will complement the company's existing Open OS strategy which is based on the Symbian and Windows Mobile platforms.

About the Open Handset Alliance
The Open Handset Alliance is a group of 47 technology and mobile companies who have come together to accelerate innovation in mobile and offer consumers a richer, less expensive, and better mobile experience. Together we have developed Android™, the first complete, open, and free mobile platform. We are committed to commercially deploy handsets and services using the Android Platform. All members of the Alliance have committed to making the initial version of the platform a commercial success. Some companies have contributed significant intellectual property to the Alliance that will be released under the Apache v2 Open Source license. Others are working to make sure their chipsets support the platform. Handset manufacturers and mobile operators are working to develop handsets based on the platform. Commercialization partners are working with the industry to support the platform via a professional services model. 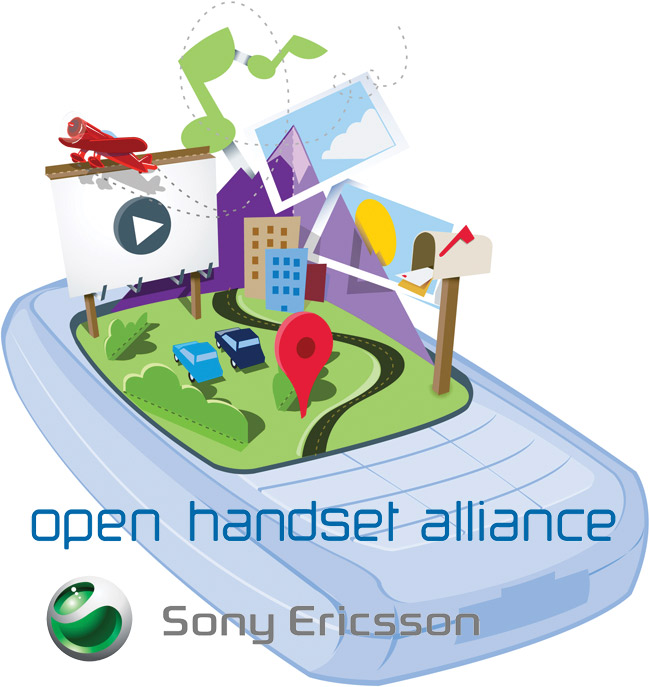 The end of UIQ

Comments
On 4 Jan 17:11 Bhanuka wrote
I've seen the android browser on G1. It sucks nothing compared to opera
or s60(no page overview). But I expect something like full qwerty E71 from SE rather
than a bulky P family device.
On 31 Dec 11:51 carkitter wrote
Is this the first sign of discord among Symbian Foundation members? Is SE positioning itself to combat percieved Nokia dominance?
On 27 Dec 15:22 AJ wrote
They have no 'strategy'. They buy UIQ, and within a year dump it for the crap of a phone called Xperia!
This is a clear sign of their incapability to develop a long term strategy to design a phone. Instead they seem to be running from one group to another, deparate to find some short term boast.
On the long run, they stand exposed as nothing better than companies like HTC, who depend on mighty software firms for survival.
What a pitty, with two big firms backing it, this is all they can do.
On 12 Dec 19:31 korbindallis wrote
seeing Open source is the way forward i think this is the right way UIQ was not going any way SE and Motorola were the only 2 major players with 50% each share in the company and what amounted to a hand full of phone using uiq this year SE made a good decision to tank uiq and Motorola were not going to do any r&d as they were in worse off situation then SE and seeing nokia announce its plan to buy out symbian and make a unified OS to compete with android and windows mobile sony ericsson are sitting quite good having window mobile in X1 plus android should be the next X series phone and then its Symbian in a years time its all good news
On 11 Dec 21:46 Rudiox wrote
Was about time, cant wait to see what will be the first android SE!!!!
On 10 Dec 14:07 NitroFan wrote
Yet another "false dawn" from Sony Ericsson, they will play about with this for a while, and then drop it when the inadequacy's of their software development team become apparent and Nokia decide to move in, Sony Ericsson have a solid track record in this area, now what was the last one errrrrr........................... Oh thats it UIQ !!!!!!!!!!!!!!

What a laugh!!!! The fact is Sony Ericsson does not have "strategy's" merely short term fixes! and is WM truly an "Open System"???
On 9 Dec 20:43 tranced wrote
we'll have to give it a chance. i would like to see it come true
On 9 Dec 20:07 mackereljoe wrote
i do not trust sony ericsson anymore i have no doubt that they will wreck this and then abondon it like they did with uiq.
On 9 Dec 19:13 TheMojo wrote
This will be awesome.
On 9 Dec 18:56 swordofhell wrote
SE buys UIQ, trashes it and goes WM and Android
What next??
On 9 Dec 18:31 mmanson wrote
Finally... SEricsson on Android platform - summer next year. Hopefully with a capacitive touchscreen.