Their cell phone system inserts computer-generated three-dimensional models into real-time video shown on the cell phone's display and aligns the models with physical markers in the camera's field of view. The system could be used to provide, for instance, museum or city guides. Markers encoding IDs would be captured by the tourist's cell phone, which would then determine which exhibit the person is looking at and present related information on the cell phone display.

The system uses a coordinate system to anchor three-dimensional graphics to physical markers in the two-dimensional video stream displayed by the cell phone. As the user moves her cell phone, the model rotates in relation to the changing angle between the cell phone and the marker. The system updates the model's position at 4 to 6 frames per second, or about one-sixth the speed of full-motion video, said Moehring. The marker contains colored dots that form a code that tells the system which computer-generated model to display.

Cell phone augmented reality systems could be practical in the next couple of years, according to the researchers. They are scheduled to present the research at the Association of Computing Machinery (ACM) Siggraph 2004 conference in Los Angeles, August 8 to 12. 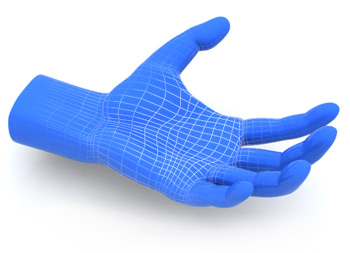 Is This What the New IMac Will Look Like?

Comments
On 17 Aug 16:28 HashBrown420 wrote
jacks9on is right
On 19 Jul 16:06 PRASHANTH wrote
This consists of very big information
On 12 Jul 02:13 KOEPANG6ISTOTALLYGAY wrote
YEAH! Koepang should shut it. It's not educational, it's like a dil-dil for the cellphone nerds.
On 5 Jun 15:42 KOEGPAN6ISGAY wrote
No actually its not.. its not educational, and I don't think people should remove our conversations because that shows insecurity about the topic, and only showing good things makes you look bad.
ps. - koegpan6's mom is good in bed
On 2 Jun 15:48 johnnyc1212 wrote
this is pretty sweet
On 29 May 06:45 koegpan6 wrote
very educational indeed =]
On 29 May 06:44 kogepan6 wrote
this is cool
On 18 Apr 17:43 jacks9on wrote
this is gay