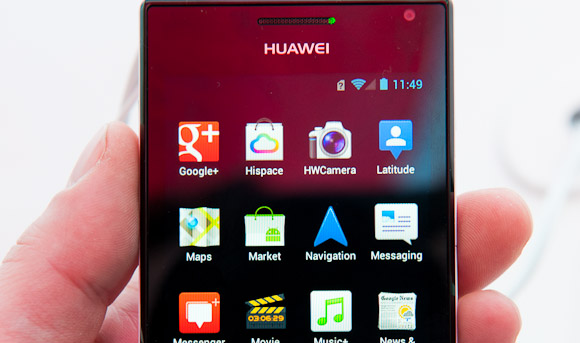 Huawei released the Ascend P1 in China yesterday, and it is already sold out everywhere according to Huawei's chairman Yu Chengdong. Looking at the initial demand, this could turn out to be a popular smartphone. Huawei announced the Ascend P1 earlier this year and it is a little thicker than the Ascend P1 S which was the worlds thinnest smartphone at the time of the announcement. The Ascend P1 will first be available in Australia, Hong Kong and Taiwan in May, Latin America from June and in Europe during the summer. The Huawei Ascend P1 has a 1.5 GHz OMAP 4460 Cortext-A9 processor from Texas Instrument and a 4.3 inch Super AMOLED Corning Gorilla Glass display with a 540 x 960 pixels resolution. The P1 is quite thin with a depth of only 7.7 mm. It runs on Android 4.0 Ice Cream Sandwich and it has a 8 megapixel camera.