HP Pre 3 and HP Veer are both running a brand new version 2.2 of the webOS operating system. The Pre 3 is a normal sized QWERTY slider model while HP Veer is a mini model. Mini as in very small for being a QWERTY slider model. The QWERTY keys adds depth to such small phones making the Veer appear a long way down in our list of phones having the smallest volume. Actually, we found 136 phones with less volume than the Veer. Even the Palm Pixi Plus, also with a QWERTY keyboard is smaller if we are using volume to meassure the size of our phones. But we usually don't. Some large phones with 4 inch++ are advertised these days using the thickness as the selling point. One of the main selling point for the Veer is the height and width, and how the phone fits in you hand and how the handling of such a small device works out in real life. We used to have the Xperia Mini Pro as the main phone for some time, and we understand very well why consumers are attracted to smaller touchcreen phones.

A 2.6 inch touch screen is a perfect size for these smaller phones. The user interface often needs to be adjusted slightly because the thumb is becoming the finger of choice for navigation and quick text input. On larger phones it is naturaly to hold the device in one hand while touching the screen with the other hand. HP Veer has a 320 x 400 pixel resolution display which is quite good for a 2.6 inch display. It has the best reslution of all 2.6 inch phones listed in our phone database.

The HP/Palm webOS operating system received good critics when it first arrived. Palm was good at creating innovative stuff, but not so good to get these products out to consumer. WebOS was ahead of the competition at announcement date. The Palm Pre took 6 months to come to market but it was tied to one carrier for too long which made it outdated before it became available to consumers on other networks. The Palm Pre 2 took 15 months to produce. Hopefully the acquisition by HP will change this.

Placing all bets on your new own operating system requires financial power, patience and developers. In the times of apps, apps, apps, it all depends on how many developers are willing to help you out. These days most are bussy working on apps for Android, iPhone or Symbian. Some are even going the Windows Phone 7, Bada or BlackBerry route so how are HP going to attract developer to the webOS platform? They add more attractive hardware of course. The HP TouchPad tablet annouced today are also running webOS so some applications developed for the smartphones will work perfectly on the tablet as well.

Appart from being a new tablet on a new OS, the HP TouchPad has some interesting features. One of them is how web site addresses (URL) can be transfered from one of the two new smartphones over to the TouchPad tablet. Simply tap the Pre 3 or other webOS 2.2 device together with the TouchPad and the tablet browser magically opens up the web page. More Touchstone technology will be implemented in more HP products in the future. 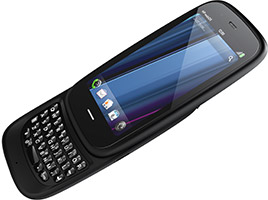 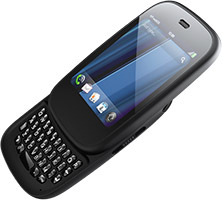 Both smartphones will be available this summer.

What is new in Android 3.0 Honeycomb - A quick walkthrough

Android 4.0 Ice Cream Sandwich now available for the flagship model Sony Xperia S
Alternatively post this in the Esato forum
Please sign in to your Esato account to leave a comment regarding this article