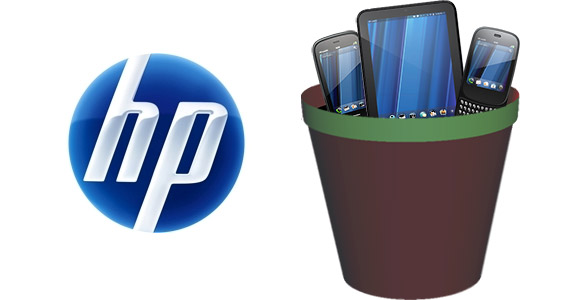 Only hours after we reported that the HP Pre 3 finally was available in stores, HP announced that they will dump the webOS operating system. In HPs own words:

HP will discontinue operations for webOS devices, specifically the TouchPad and webOS phones. The devices have not met internal milestones and financial targets. HP will continue to explore options to optimize the value of webOS software going forward.

What does this means then? HP does not make any money on the webOS. Why didn't they think of this when they bought Palm, the creator of webOS 16 month ago? So much for the plans to bring webOS to all sold HP computers in 2012. webOS isn't a bad operating system, but the lack of hardware from HP and others made it impossible to continue the development further.

The future of webOS seems dark. It could be sold or licensed to another company but as webOS are designed and only can run on Qualcomm hardware, this might be very hard to accomplish.

The cost of iPhone 4 hardware components

The future of webOS seems dark. It could be sold or licensed to another company but as webOS are designed and only can run on Qualcomm hardware, this might be very hard to accomplish.

i don't know how a linux based OS like the WebOS can only run on Qualcomm hardware, since it uses the same base platform as Android, it should also run on other ARM based SoCs like Omap 4 and Marvel
[ This Message was edited by: razec on 2011-08-19 07:18 ]

Dups!11 years, 1 month ago
Good points razec!
Here's an idea, why don't they go and buy RIM? Think about the intergration of webOS and QNX or just the separation of the OSs. Imagine Blackberries running on both OSs.

jplacson11 years, 1 month ago
webOS: DOA. webOS was a GREAT IDEA, BAD EXECUTION. Pretty much like Superman Returns and the Schumacher Batman Movies.
Just cuz something runs on Linux doesn't make it kick-a$$.
WinNT, 2000, XP, ME, Vista and 7 are still based on the same kernel... I think we all know they're not all winners.
Linux is just more flexible & free... just like every piece of technology, it's only as good as the user/developer. It's a good foundation. Like having a nice lot in a good neighborhood doesn't mean there aren't gonna be badly designed homes there.
A bad Linux based OS, is just that... a bad OS.
@Dups, It would be more likely that Google buys RIM just for the network. Integrate BBM into Android, or replace it with Kik so we don't have to be stuck with the qwerty hardware design.
[ This Message was edited by: jplacson on 2011-08-19 09:35 ]

Dups!11 years, 1 month ago
No, no, no!
I'd hate for Google to own all the important tech. I am not a fan of centralized power in the tech industry.

I also am a great fan of the portrait QWERTY plus a touch interface so I want RIM to continue with the likes of the Bold 9900. You won't believe that I'm still using the P1i for the convenience and have been patiently waiting for something exactly like the 9900.
I have been considering the full touch phones for a long while now but haven't taken the plunge, I'm now almost certain I'm getting the iPhone 5 as my second phone after the 9900 or its successor if RIM don't upgrade the 9900 to QNX.
I use two lines, one business and one personal. The personal is the QWERTY/touchscreen one and it is the most important to me.

laffen11 years, 1 month ago
Now when webOS and Symbian are gone, what we have left to choose from is Android, Windows 7, iOS and BlackBerry. Some analytics thinks that BlackBerry OS is next. Not this year or next, but in the near future.
Maybe Microsoft will buy RIM and its 3000 telecom patents?

jplacson11 years, 1 month ago
Laffen, ya, BB looks to be next on the going-extinct list. Definitely after Symbian though.
Dups, I love my X10 Mini Pro's keyboard as well, and I think that my P1i qwerty was THE best keypad ever on a small device... period. Wish they did that on the Xperia Mini Pro as well.
But qwerty is an aging tech for mobile devices. vLingo has pretty much eliminated my need to touch my phone when I'm driving, it handles all my outgoing SMS while Announcify takes care of incoming messages (SMS, email, etc)
I haven't met anyone who doesn't love Swype on a full touchscreen.
And I miss handwriting Jot over my qwerty. Jot was way faster, and you could write without looking at your phone.
I know there are people that love portrait qwerty phones, but there are those that don't. I don't like how BB restricts to JUST that. I love how Android can handle full touch, portrait or landscape... qwerty, T9, and anything else. I prefer the xperia ray to the arc... I tried it, and for sure it's gonna be my next phone.

Dups!11 years, 1 month ago
RIM is definitely in trouble along with SE and Nokia. I can see someone buying RIM in the near future, I just hope it is Microsoft since they are likely to acquire Nokia.

razec11 years, 1 month ago
I hate it when the market is going to have only two main mobile OS. good thing Bada wasn't designed to compete with IOS and Android at the first place, but i think Samsung needs to lower the price if they were targeting those who will be left by Symbian in the entry level market should they become extinct (nokia 5230s and so on), that market would be substantial for Bada's future if they really intend to replace every featurephones in their portfolio

Agree, choosing a new phone would be very boring then.
I still hope, some more manufacturers will produce a phone with Maemo/Meego, up until now, only LG is planning to use it. And it'll be useless, when it's only for one phone again. It's all about apps now and nobody would be interested in developing for only one device.

jplacson11 years, 1 month ago
I don't mind having choices... I wish UIQ wasn't killed off, but they did. Outside iOS, WP7 and android, no one else seems to bother finishing a product. Everyone is more concerned with jumping on the smartphone wagon without really coming up with a product that will actually work.
I had high hopes for Else, but that died out quick..I hope they come back. THAT was a polished Linux OS.

Agreed, WebOS is already beautiful from the beginning,
just to refresh our memory
WebOS 1.0