For Ubuntu for phones to be a success, the eco-system needs what has made iOS, Android, Symbian and Windows Phone popular: Apps. HTML5 apps is one way for developers to make apps but Ubuntu for phones will also support native developer environment for graphic intensive games. In the Ubuntu world, that means the QML (Qt Meta Language) Javascript-based language. The engine in native apps can also be developed using C or C++ and native OpenGL.

Ubuntu for Android is a OS for dual-core or better smartphones which will run on phones with Android 2.3 and up. Ubuntu and Android share the same kernel and when the smartphone is docked, the Ubuntu OS boots and run concurrently with Android. When docked, the Ubuntu OS will use one of the two CPU cores while Android will use the other one. When you remove the phone from the dock, both CPU cores are given back to Android. The advantage of having Ubuntu for Android on a smartphone is that you will have access to the same apps that exist for a regular desktop PC. Ubuntu for Android will have access to the same contacts and calendar data as the Android OS. 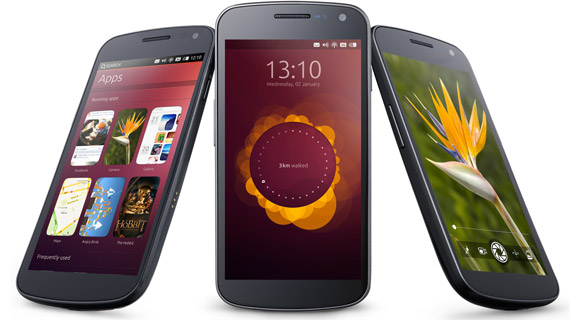 We have not heard anything about availability for any duo-OS phone. And it is entirely up to the handset manufactures and operator for the future success of a dual-OS combination. We wish Ubuntu all luck in future and hope they will survive longer than the excellent WebOS did. WebOS was backed by HP, one of the largest companies in the IT-industry. WebOS was also built using industry-standard technologies and nicely integrated with web technologies such as CSS, XHTML and Javascript. Nevertheless, the OS was killed by HP just two years after its first appearance.

Tsepz_GP9 years ago
This is awesome

can't wait to see the devices that will run on this OS. Takes me back to when Android was 1st introduced, and by the sounds of how it works it seems to be a sort of mix of both Android and the Meego UI from the N9.

Bonovox9 years ago
Don't like the name of the OS though not quite as catchy as Android is it?? Though I must admit am not a fan of constant swiping gestures I prefer my traditional capacitive buttons
https://www.youtube.com/watch?v=kXWnMTm7We8
[ This Message was edited by: Sean72 on 2013-01-03 14:19 ]

goldenface9 years ago
I'm dying to try this out.

DSF9 years ago
Very nice idea with the interactive status bar pulldown.
But not a good idea to announce it to public if they didn't solve the slowness of UI (even if it's a demo). I think the lag is may be related to HTML5 apps
[ This Message was edited by: DSF on 2013-01-03 16:23 ]

goldenface9 years ago
I think the lag will be sorted out over time. It will be great to see how it develops.

reeflotz9 years ago
Looking forward to this one, I've always wanted to install ubuntu on my laptop too, only thing keeping me from using it is finding alternatives to some of the programs that I have on windows that are not on ubuntu.
Hopefully it will become an efficient mobile OS so that even low end phones will run it butter smooth.

Hobbs9 years ago
I'm definitely going to try this on my Note 2 when it becomes available.C'mon Canonical.Shorten that timeframe and get this out on the market asap.

Away8 years, 5 months ago
Why are we not making a bigger deal out of the edge? Has all the hope for a phone we could use fully as a computer been forgotten? The dream of plugging in a phone to the monitor and to then do anything and everything...

Hobbs8 years, 5 months ago
Away
I agree.Nice article on the progress so far.4 days left I think.$32 million needed for Canonical to claim the money,$10+million raised so far.You gonna need some big boy investors to empty their pockets in the next 4 days for this thing to get off the ground.And I hope it does.
http://www.theguardian.com/bu[....]fundraising-ubuntu-10m-dollars

razec8 years, 5 months ago
It's sad they just couldn't make it. the EDGE is a great hardware. though I wonder how future proof it is when it arrives next year, if it ever arrives

hihihans8 years, 5 months ago
Though they won't reach their pledge limit I hope they continue to develop the edge. There is always room for a new OS in the mobile world.

Bonovox8 years, 5 months ago
I tried this OS on my pc a while ago. Was very good except it crashed my pc