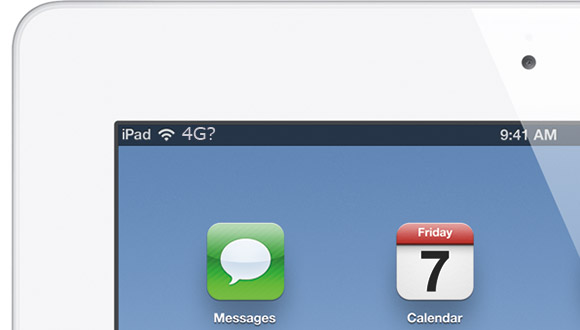 Earlier this week the Australian Competition and Consumer Commission (ACCC) announced that the watchdog organization would take Apple to the Federal Court in Melbourne for alleged contraventions of the Australian Consumer Law. Apple has done misleading advertisement for its new Ipad using the phrase "iPad with WiFi + 4G" while in fact the Ipad do not support the 4G spectrum used by operators in Australia.

Today Apple has announced that it will do the following as soon as it is reasonably practicable:

As we know, trouble never comes alone. Pocket-lint has reported that the UK Advertising Standards Authority is assessing similar complaints made by UK customers. The Swedish Consumer Agency (SCA) is doing the same thing in Sweden, but because Apple does not have a Swedish office, the SCA will have to complaint to Apple's European head office in Ireland. Similar complaints have been heard in Norway and Denmark. The Danish Consumer Ombudsman advises consumers which has bought the Ipad to contact the retailer and demand a refund or return the product.
Source: ACCC, Pocket-lint, WSJ, Mobilsiden
Tags: apple ipad 4g

admad10 years, 10 months ago
I heard they changed the iPhones 4S
3G icon To 4G how misleading

Yes they did, and it's not misleading, it's symply MAGICAL and AMAZING, however it just doesn't work

Miss UK10 years, 10 months ago
Thats why tons of AT&T consumers are