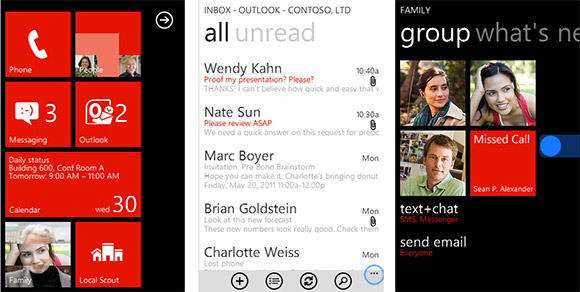 The Windows Phone 7.5 Mango demo can be experienced using the built in Android or iPhone browser. You can even view it using your regular desktop browser, but there you will miss the touch and swipe gestures. The demo is made entirely in HTML so even iPhone owners should be able to experience the intentional look and feel of the fresh Microsoft OS.

Nokia has just released the Lumia 800 running Windows Phone 7.5 Mango, and we will see several new Nokia handsets released in the beginning of next year. Reviewers are mostly positive about the first Windows Phone from Nokia, but some analytics are sceptical about the future of a third mobile OS competing against Apple's iOS and Google's Android.

Sony Ericsson with a free mobile to full screen service