Palm Pre Plus and Pixi Plus will be available on January 25th on Verizon. Pixi Plus is a model with fixed QWERTY keyboard while Pre Plus has slide-out QWERTY keyboard. Compared to the older Pixi and Pre models, the Plus versions of Pre adds more memory (now 16 GB) and Pixi adds Wi-Fi. Both are promissed slightly longer battery performance than their predecessors.

Also introduced with the two Plus models are a Palm webOS application that turns your Pre Plus or Pixi Plus into a mobile Wi-Fi router. Up to five Wi-Fi enabled devices can have access to wireless broadband access via the phone.

Palm and the french network operator SFR has announced the availability of Palm webOS phones in France in the second quarter of 2010.

Finally, a free over-the-air software update for existing Palm webOS customers will finally add video capabilities to the phones. It will be possible to capture, edit and share video with this new update which will be available soon.

Palm Pre Plus and Pixi Plus specifications 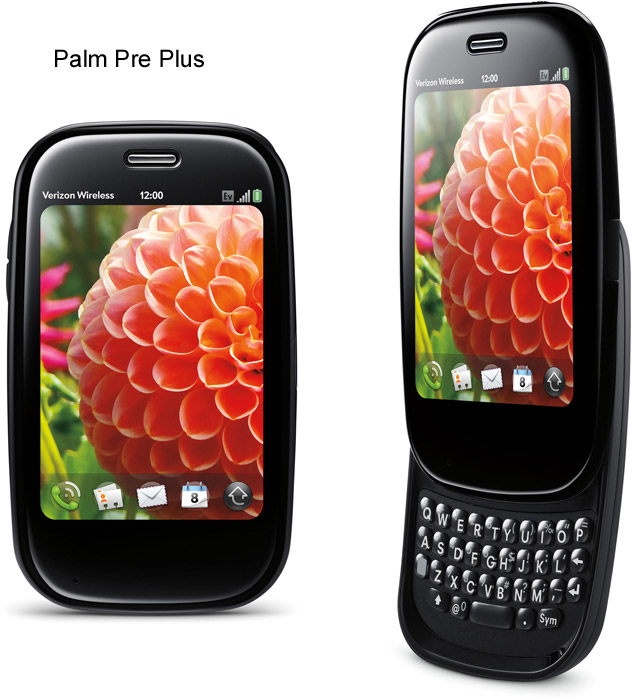 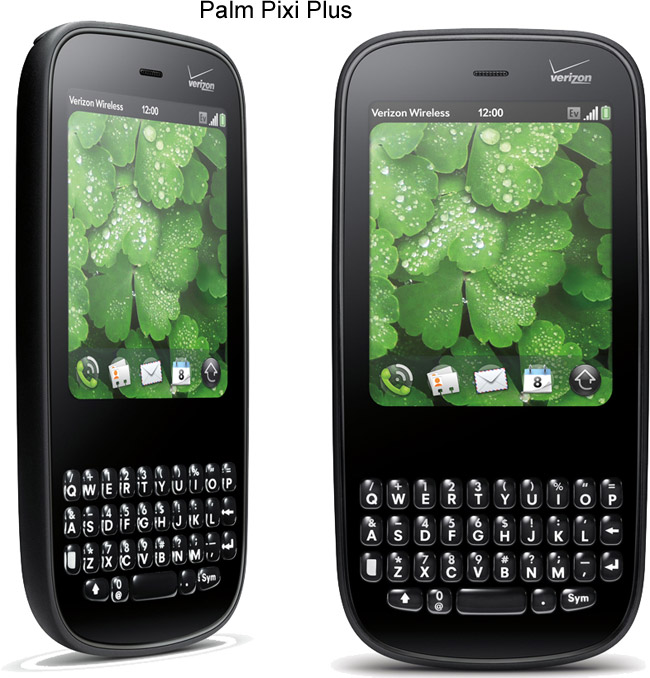