Isis is a joint venture between AT&T, T-Mobile USA and Verizon Wireless and the company will develop a commerce platform which will be available to all merchants, banks and mobile operators. Today HTC, LG, Motorola Mobility, RIM, Samsung Mobile and Sony Ericsson agreed on following the Isis NFC and technology standards. Supported by the largest networks in the US, and many large handset manufactures, the battle for being the largest NFC payment solution has begun. Google Wallet was announced last week and it seems like Google Wallet will be a direct competitor to Isis. Google managed to get Sprint, the 3rd largest operator in the US, MasterCard and Visa to join the team but only the Google Nexus S 4G phone model are currently compatible with Google Wallet. Google Wallet is already up and running. Isis are aiming to start a trial period sometime during the first half of 2012.

Making payment with the phone could be the next big thing in the mobile industry. There are more than 300 million wireless subscribers in the US today and research firm Gartner estimates that over 140 million consumers will have payed at least once using a smartphone during 2011. Gartner further predicts that mass market payment with NFC is at least four years away. A typical payment scenario using the phone can be like this: Power on phone, unlock it, start payment app, enter security code and finally hold the phone close to the NFC reader. Of course when money is involved and extra services such as membership and loyalty programs are integrated into the service, consumers will be willing to do these extra steps during a purchase. 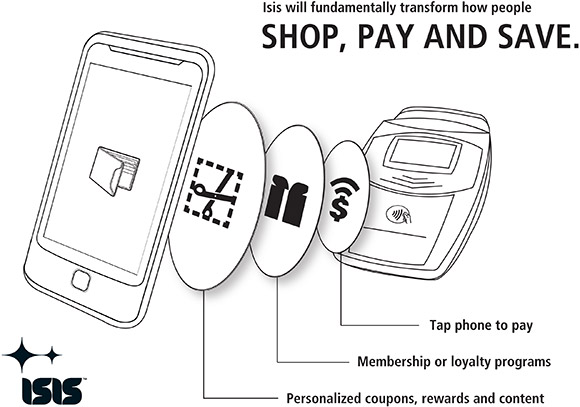