Technical details:
• HTC Google Nexus One
• LG Nexus 4
Google announces the next step in payment solution by introducing Google Wallet. The Nexus S 4G on Sprint is the first Android smartphone to get the Near Field Communication (NFC) powered Google Wallet solution 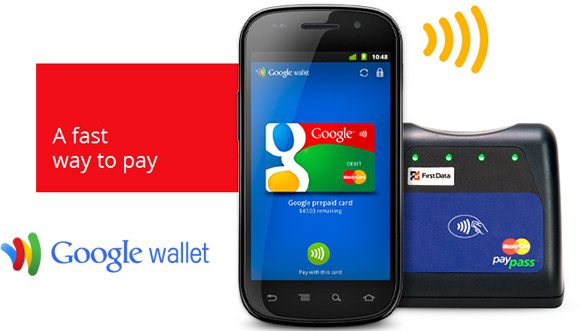 As usual, the new Google service will only be available for those living in the US. You also need to have a Nexus S 4G and your network operator needs to be Sprint. Google Wallet (GW) will be expanded to other phones and networks later, but remember that the phone needs to be NFC compatible. Only dozen smartphones has NFC today.

Google Wallet is a mobile app which stores virtual versions of existing credit cards on the phone. During the launch, Google Wallet will support only Citi PayPass eligible MasterCard and Google Prepaid Cards. More credit cards will be supported in the future. The Google Wallet service was announced on Monday, and today one of MasterCards competitor Visa announced that Google has received a worldwide license to Visa payWave technology. So the expansion of GW could be expanded quickly after the GW beta testing period.

Security is of course a major concern for those have all their savings stored on a mobile phone. The NFC specification requires the phone to be less than 20 cm from the reader. The mobile app requires a PIN code to be entered before making a purchase. Actually, this is the same way you pay with a debit and credit card via a point of sale (POS) terminal. The advantage of Google Wallet is that you will be able to have all your payment solutions in one device in addition to gift cards, boarding passes, tickets and loyalty cards.

Google Wallet is not available as a download from Android Market. The app will be pushed to Sprint Nexus S 4G smartphone through a software update.

Keep in mind that when the battery is dead, it is not possible to pay using the mobile phone. Would you leave your home without a backup credit card? 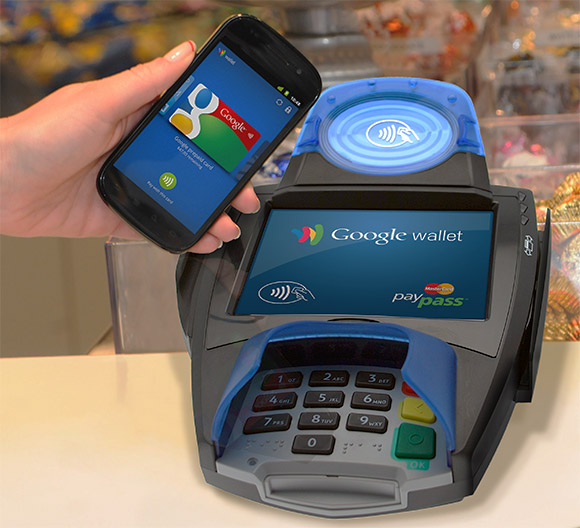 julias11 years ago
Does this mean this is the begining of the end of cash?

Bonovox11 years ago
I doubt that yet. I like this idea but not taking it up ever. Not liking having my bank details stored on my device.

julias11 years ago
Well I know cash won't just disappear anytime soon but as NFC appears in more and more devices it will eventually mean that we all be using cash a lot less and ultimately one day electronic payments will be the only way to pay..its the future and its gonna happen!

laffen11 years ago
I, like most Norwegians seldom carry cash these days. More than half the population usually pays with debit card even for transactions as low as 7 Euro. I'm not in a hurry to jump on the NFC bandwagon as all places I do my shopping already has a working smart-card payment terminal with a simple 4-digit code verification.

julias11 years ago
Here in the U.K too we already have a few bank credit/debit cards that are NFC enabled and they don't even require a PIN as long as the payment is under £15 but I think I like the idea of carrying nothing but our phone for paying for stuff without the need of countless cards,small change and a fat wallet in our back pockets.

Bonovox11 years ago
Which banks use that now then Julias?? I guess this could be ok IF it is guaranteed to be secure. Mind you what is secure these days

masseur11 years ago
I have a debit card with Lloyds TSB and a credit card with Bank of America which both offer this NFC payment facility.
Haven't had them long and I'm still finding places that use them. McDonalds is one

Barclays was the first to launch a NFC enabled card and has been around for a while now and other banks are launching there's too now.Orange also have pre-paid debit card which is NFC enabled and you can pick up one of those from the Orange website for free and they also give you £5 pre loaded for free and in believe Orange are the only ones in the u.k to offer pre-paid NFC debit card.

laffen11 years ago
I downloaded and tried the MasterCard PayPass Locator from the Market earlier today. It was not much to locate for me here Europe. The app had received a few negative critics about the accuracy of the locator. Especially the location of McDonalds and closed down PayPass places was not up to date.
I also notice that you must be signed in with a Google account to read the user reviews. Strange

On 2011-09-20 18:28:07, laffen wrote:
I, like most Norwegians seldom carry cash these days. More than half the population usually pays with debit card even for transactions as low as 7 Euro. I'm not in a hurry to jump on the NFC bandwagon as all places I do my shopping already has a working smart-card payment terminal with a simple 4-digit code verification.

We have the same system in the Netherlands and you can pay almost everywhere with these cards. But, even though we've got them from our banks, so everybody could use them from the start, it took several years before the smaller shops supported this, because the terminal and the network-connection it needs, cost money.
Now with NFC, only a few phones and not every network support it, so how do you convince, in this time of crisis, the owner of a small shop, to spend money for yet another terminal, when, in the beginning, only a handful of his customers will be able to use it ? Which means, that we're only able to pay with NFC in large stores, supermarkets, etc., so we still have to take our debit-card with us.
But NFC might be useful in countries, where they don't have a payment system like ours.
[ This Message was edited by: Marly on 2011-09-20 20:27 ]

Bonovox11 years ago
I been with Co Operative bank for years now they are excellent. But not sure if they will take this on as they are a smaller bank. I suppose it could be very handy & perhaps will become the norm soon on smartphones