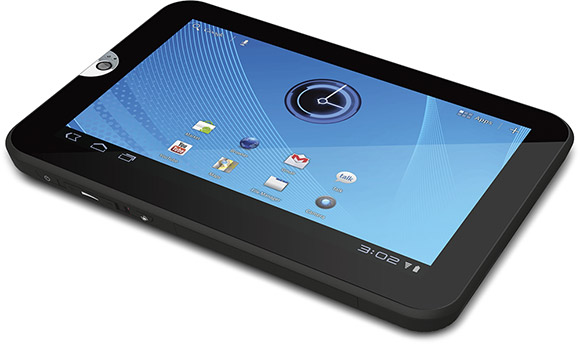 Toshiba is the first manufacture which has managed to squeeze HD resolution (1280x800 pixels) into a 7 inch display. Other tablet brands also offers 1280 x 800 display resolution, but these tablets are 8.9 inch or larger.

The Thrive 7" Tablet has a dual core processor and is running on the NVIDIA Tegra 2 platform. Google released version Android 3.2 Honeycomb operating system for tablets in July and the Thrive 7" is running on this version. We are guessing the Thrive 7" will have to compete for the same customers also having their eyes on the HTC Flyer, BlackBerry PlayBook and Samsung Galaxy Tab. Toshiba Thrive 7" does not have 3G support which might drive potential customers over to the competing tables.

Thrive 7" will be available in 16 GB and 32 GB versions, but memory can of course be expanded by inserting a memory card into the microSD card slot. 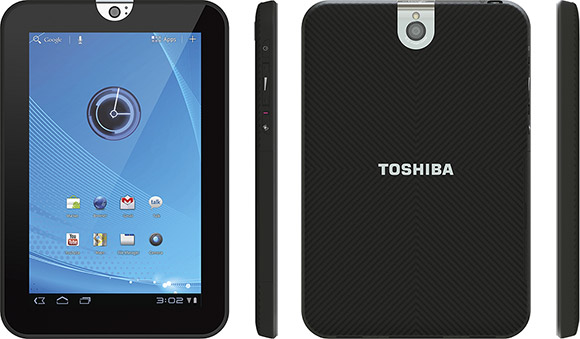 Run_dawn109 years, 4 months ago
Toshiba will be Apple's new victim.

Wouldn't surprise me actually what Apple are are doing right now is bordering on criminal.

Bonovox9 years, 4 months ago
Toshiba are a decent brand but not with their phones. Unsure of their tablets. I still think the best tablet is the new Sony one

Actually Toshiba make amazing phones just as good as all the top brands but sadly most of then are only for the Japanese market only.I agree the new Sony tablet is amazing and even better than the iPad in some ways.

Bonovox9 years, 4 months ago
Maybe but the last Toshiba Windows device released on Orange was awful.

julias9 years, 4 months ago
Not maybe Definitely Toshiba Japan phones are way superior in terms of their specs,technology and overall quality Google Toshiba Mobile Japan and you will see why however I agree that that we get pretty poor devices from them not sure why?Toshiba also make and supply components to Apple for the iPhone.

mriley9 years, 4 months ago
Toshiba have taken a very different approach to tablets than Apple have.
This isn't thin at all... although it is very practical and robust. It has an easily replaceable battery along with ports you would normally find on a laptop, such as USB 2.0 and HDMI

I would rather go for something like the Samsung Talaxy Tab, which is much more similiar to the iPad in terms of it's form factor (light, very thin). I don't think Apple will be concerned enough about this Toshiba to bother sueing, because it's so much different to the iPad that it won't compete for the same market share imo, this has different consumer market.

That's hopefully not the way things work. Apple does not held patents for every tech invention created even if it seems like it these days.
Toshiba holds several DVD patents, but you don't see them suing Apple for having DVD players in the Mac Pros. Most companies pay the license fee when using patents held by others.