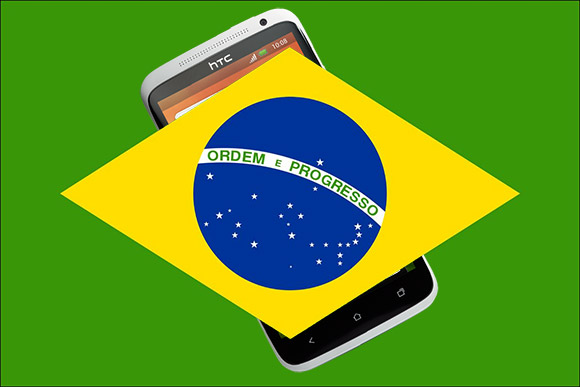 The latest HTC One X, HTC One S and most of the devices in the HTC smartphone portfolio are high-end devices with a high price tag. While there are many wealthy consumers in Brazil not many of those are willing to go for one of the few HTC devices available in this market. Paying over USD 500 for a smartphone is not for everyone in a country where the GDP is approximately $980 per month.

HTC last week informed its employees that the company will have to retire many of its staff members in the country. According to the Brazilian site Abil, HTC employs a few dozen people in the country. HTC has currently only released 5 smartphone models in Brazil. This does not leave the consumer much choice when going for a HTC smartphones.

goldenface8 years, 4 months ago
Unfortunate for them. Isn't Brazil one of the largest and fastest growing economies?

Guarulhos8 years, 4 months ago
Really a Big Mistake By HTC !!!

After Auditors Today Brazil Is The 4th Largest Consumer Market For Mobile Phones On The Planet, Second Only To China, Japan And Usa, As If All This Were Not Enough, Brazil Is Now The 6th Largest Economy In The World, Ahead Of Major Powers Such As Italy, Spain And England !!!

So Completely Pointless This Attitude, What Gives Way To Even Greater Consolidation Samsung, Apple And Nokia How Manufacturers More Successful In Major Country Latin American !!!

carkitter8 years, 4 months ago
HTC recently affirmed it's choice to make high-end phones only and clearly this strategy doesn't play out well in Brazil, no matter how large a market it is. I can't see how HTC's withdrawal from Brazil can benefit Nokia at all. It may benefit a niche manufacturer like Sony Mobile though.

goldenface8 years, 4 months ago
I'd assume it was a good strategy to at least maintain some sort of foothold in every market. I don't see the sense.

Guarulhos8 years, 4 months ago
Sure Had With The Htc Market In Brazil, There Is a Major Lack Androids For Good Here, The Samsung Being Solely Responsible For The Provision Of This Operating System Devices Excellent !!!
Unfortunately Sony Is Here For Weak, Your Work Is Very Poor Logistics And Always Received With Large Delay Devices For Your Here !
Even With The Old And Tired Symbian, Nokia Maintains Leadership In The Brazilian Market By Itself Side Of American Apple And Samsung !!!

Bonovox8 years, 4 months ago
Brazil's economy is one of the new fast growing but its also riddled with crime. If HTC are not doing well there I cam understand them wanting to pull out as there is no profits to be made. @Gualrulhos why do you keep wrting every word with capitals??

carkitter8 years, 4 months ago
@Guarulhos
So Brazil is the 4th largest mobile market but Nokia's Symbian phones lead the way? Sounds like there is much demand for call/txt monochrome phones but little for smartphones hence HTC's decision.
You needn't take this as an insult against Brazil, it's a result of HTC's lack of market penetration worldwide that led them to restructure their portfolio.

Guarulhos8 years, 4 months ago
Carkitter...
Truth In The Top Selling Mobile Phones In Brazil Are Not Only Symbian !!!
In Brazil In The Nokia, Samsung And Apple Go Very Well In Sales !
A Proof Is That Second Preliminary Data Raised By A Respected Institute Research (Nielsen) In The First Half Along Main Telephone Operators in Brazil (Vivo, Claro, Tim And Oi), The 5 Best Selling Mobile Phones in Brazil Were:
1º NOKIA ASHA 302
2º SAMSUNG I9100 GALAXY S II
3º APPLE IPHONE 4S
4º NOKIA 701
5º SAMSUNG S6102 GALAXY Y DUOS
Therefore Among Top 5 Best Selling Mobile Phones For Here are 2 Smartphones Premium !
For This I Repeat, Brazil's Yes In A Market Potential To Be Worked For Large Manufacturers And Very Stupid HTC Was Not Bet Your Chips In Here !!!
P.S: Just In Just 1 Month Sales Officer, Samsung I9300 Galaxy S III Have Sold For Here... 1 Million Units !!!