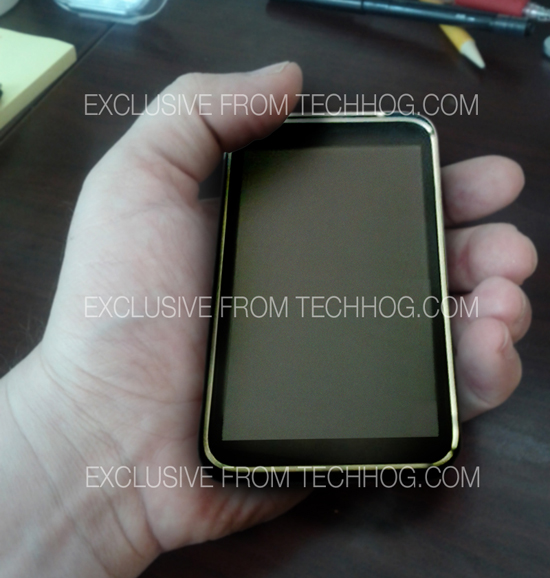 The blog Techhog posted this spy shot of a Google Nexus 3 yesterday. The TechHog editor has a friend working with Android over at Google and this friend sent him this photo of an unannounced smartphone. We have seen spy photos before, but this one was a little special. The phone does not have any hardware keys below the screen which is something we haven't seen before. Phones running on current version of Android 2.3 Gingerbread must have Option, Menu and Back-keys available to the user. Either as touch keys or hardware keys. This Nexus 3 does not have any of those.

The original article was later removed because the Google friend was afraid of loosing her/his job but he should know that the things you post on the net will stay on the net. After the article removal, TechHog told the readers that the Google Guy said wait until December for Android version Ice Cream Sandwich and this new Nexus model

Android is making Microsoft a lot of money

jibuti9 years, 1 month ago
well...if it is "her" with those big palms on pic she should be on safe side-noone will think she is suspicous..
of course, I might be wrong if this is 1.5 inch display...LOL

mode9 years, 1 month ago
Another phone waiting to be sued by Apple for that form factor, LOL

Ricky D9 years, 1 month ago
That looks incredibly photoshopped to me. I may be wrong but the shadows around the edge are too even, the shadow of the thumb is too big, the shadow of the handset on the table is too small, the handset is in focus at the top edge but the hand is in focus around the wrist area.
Not to mention the fact the hand is way too big for phone and doesn't seem to be holding it at all.
There is at least 3 components to this shot all. The hand the table and the phone.