"Market enthusiasm for the Walkman® phone range has far outshone even our own expectations," says Miles Flint, Sony Ericsson President.  "With lifetime global sales standing at over 26.5 million Walkman® phones and users really understanding the benefits of 'music on your mobile', the time is right to release the next album! This means Walkman® phones that make it quicker and easier to transfer or download music, plus innovative ways of searching through all of those tracks. It's also about thinking beyond music, to games, videos and the Web." Sony Ericsson W910 Walkman® phone

Shake it up
With Shake control you can skip your music forward one track if it's flicked one way and back if it's flicked another.  Shake the W910 back and forth and it shuffles your playlist.   It also adds a new dimension to mobile gaming. If you tire of using the dedicated gaming buttons, just steer the W910 from left to right to make your move.

Bring it down
The W910 Walkman® phone will feature the latest version of the PlayNow(TM) mobile download service (PlayNow(TM)4.0). This gives the user instant access to an extensive catalogue of games, mastertones and music, including thousands of tracks from Sony BMG.  Preview, select and pay for tracks, all in just a few clicks, and download them on demand directly to your phone.

Match your mood
Choose your music to suit your mood with SensMe(TM), a completely new way to browse music on your Walkman® phone.  Search your collection and create playlists based on tempo and style rather than on artist or album.  The unique visual shows each of your tracks as dots in a matrix, placed along a horizontal and vertical axis according to their attributes.  This way you can circle a group of tracks that match your mood to create a playlist, or simply select individual tunes as you wish.  An alternative to the phone's more conventional music catalogue, SensMe(TM) is the perfect way to create a soundtrack to your life.

Manage your media
The new media browser on the W910 Walkman® phone places all of your media in one central area, making it easy to access music, video or podcasts from one single icon on your phone menu.

The W910 Walkman® phone helps you sort out your various media files, even before they reach the phone. The new Media Manager PC programme lets you organise your music, photos and podcasts on your PC and transfer them via USB to your phone.  An incredibly simple tool to use, you can for example search and select music on your computer or audio CDs and convert the tracks to mobile-compatible formats before the transfer takes place, thus saving time as well as your phone's resources.

Get more
With room for over 900 songs on the W910 (1GB Memory Stick Micro(TM) provided), you will want to enjoy your music to the full. So why not team it up with the Stereo Bluetooth(TM) Headset HBH-DS220 and stream rich, crystal clear audio direct from your phone.  Or turn the W910 into a mini stereo system by plugging it into the new Music Desk Stand MDS-65.

Tomotaka Tsutsushio, Product Manager for the W910 Walkman® phone, Sony Ericsson, concludes:  "With its large screen and powerful new Walkman® player, the W910 lets you watch, play or listen. It's an all-round entertainer. "

Music marathon
Up to 700 albums - around 8000 songs* - can be stored on the 8GB memory of the W960 Walkman® phone.  Managing tracks is easy and it can transfer up to 1GB of data, including music tracks, from your PC to the phone in less than three minutes. With two stylish headsets supplied in the box (one of these the new Stereo Bluetooth(TM) Headset HBH-DS220) and a music listening time of up to 27 hours, you're free to dance much more than the night away.

Visual feast
Album arts, TV shows and games. You can navigate the W960 and browse media files with the touch of a finger (or stylus). Just press the touch controls to find your way to whatever type of entertainment you need. If video is your choice, the phone supports video playback at 30 frames per second, which is the same as TV quality

Go Wireless
The 2.6" touch-sensitive display is great for Web browsing. Hook up to the Web using the 3G network or a Wi-Fi(TM) access point. Visit your favourite pages, buy music online, and download new programmes to make the W960 truly yours.

Performance photos
To catch the fun, the W960 Walkman® phone boasts a 3.2 megapixel camera within its 16mm frame. Auto focus makes your photos sharper, and with picture messaging or email you can share them instantly. Another way to spread the word - or photos - is to post them on your own blog site.

Sort it out
As with the W910 Walkman® phone, you can organize all of your content for the W960 using Media Manager PRO, a PC programme for optimizing music, photos and videos to be used on your phone.

Wise up
As with earlier Walkman® phones, the W960 incorporates TrackID(TM) music recognition software. This lets you record a clip of a song on your phone and find out instantly the name of the artist, track and album. Handy for those moments when you hear a song you like, but do not know who sings it.

On the W960 (and W910) this feature has been taken to the next level. You can now receive detailed information about the song identified - the background of the artists and the album. New ways to search have been added in, other than just by capturing an audio clip. If you know a bands name and not much else, for example, you can text search to find out more. Search by artist, title, album or lyrics.

Listen up
The W960 Walkman® phone really is the centrepiece of your music listening life, which is why both a stereo portable handsfree and a Stereo Bluetooth(TM) headset for music streaming are included with the phone. When you want more, the new Street-style Portable Handsfree HPM-83 adds urban style to the W960.  Its flexible neckband gives a secure fit and wraps behind the head, so as not to get in the way if you're running or at the gym.  If you want to share your music library with friends, the Bluetooth(TM) Music Receiver MBR-100 plugs into your home stereo and lets you stream tracks directly from the phone to your stereo's speakers. Why keep it to yourself?

Nicklas Sivander, Product Manager for the W960 Walkman® phone, Sony Ericsson, sums it up: "You couldn't ask for a better music mix of high performance media player and intuitive phone.  The touchscreen is complemented by a regular keyboard and the phone itself is amplified by the Media Manager programme and the many music accessories. The days of taking an MP3 player, a camera and a phone with you when you leave the house are definitely over." 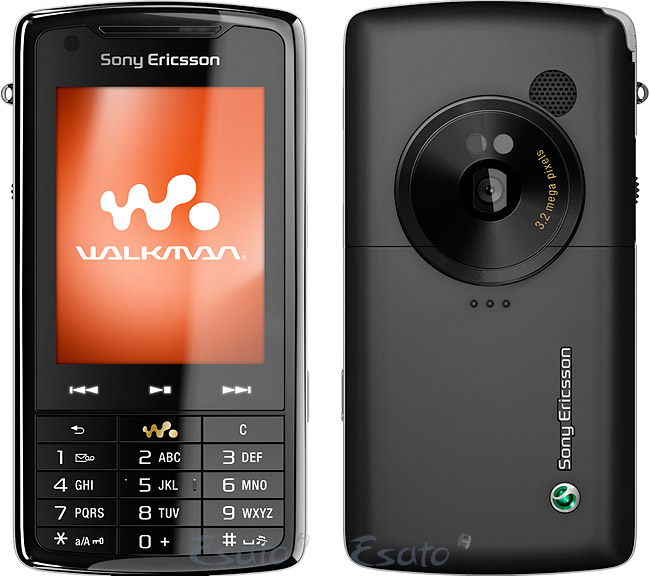 Comments
On 20 Jun 14:33 xikid wrote
great phone from se. fixing almost all the gaps in the w series. wifi, a new 3.2 mp cam, auto focus, 8 gb of internal storage. don't care about the infrared thing, don't think anyone is using it anymore. i would also say that the mms isn't important to me, but no long sms, come on se... i wish they will fix that b4 its in the market, cause i'm really looking forward to this 1. what is also weird is that se didnt mantion on their site that it has a photo light, they even say that it doesn't when comparing phones, cause i think it does. one other thing, will the hbh-ds200 bluetooth stereo headset be included in the box?
On 19 Jun 18:39 AhmedHaji wrote
W960i is extremely perfect !
I really love this phone ..
I hoped that the new ShakeControl was available in it .. But is really strange ..
The K850i that is a "Camera Phone" got it but this Walkman not ..!

Near the bottom [QUOTE=sonyericsson]Sony Ericssons line up of Exchange ActiveSync® enabled phones includes Open OS smartphones such as the P990, M600, W950, the recently announced Sony Ericsson P1 and todays Symbian-based W960 Walkman® phone. In the feature phone segment of the portfolio the line-up includes the Z750, the K850 Cyber-shot and the W750 Walkman® phones. All these models provide secure wireless and Direct Push synchronization of corporate email, calendar and contacts from Microsoft® Exchange Server 2003 SP2 and Exchange Server 2007.[/QUOTE]