The LG Optimus 2X availability date was first set to January, but this release date has now been changed to "sometime this month" (March). A little later than expected, but thats not unusual.

We tried the Optimus 2X at the Mobile World Congress and our first impression is that this device is for those having a lot of money wanting the fastest smartphone possible. It will be the  The demonstrated benchmark apps was running faster than anything else we have seen, but it is the things you do daily that matter most. And that is probably browsing, checking email, playing games and capture images.

The famous acid3 web browser test is something we run on all Android devices we got our hands on at MWC and the Optimus 2X was clearly the fastest smartphone running this test. The acid3 test is not ment for benchmarking as it just is a complex web page running a series of rendering test. But it could be a quick way to check the performance of the installed web browser, which in our case is the WebKit for Android. Some of the new Android smartphones we tested could use over 10 seconds to complete the test while Optimus 2X was running this on 5-6 seconds. The 2X will not give you twice the speed of similar CPU clocked phones, but it is a little quicker. 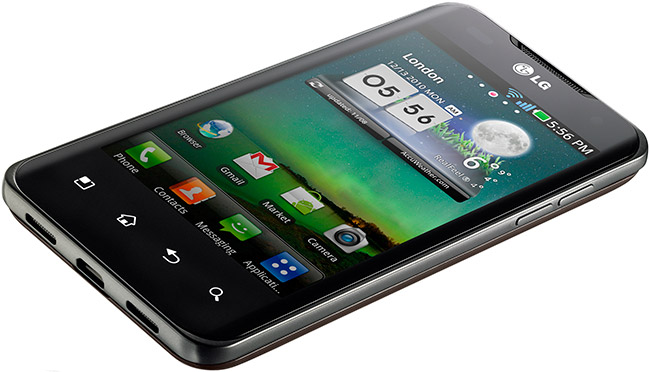 For most of you, the LG Optimus Black will be sufficient and it has a better look and feel than the Optimus 2X in our opinion.

The growth of Android - A visual tour