Today Apple announced the successor of the first really popular tablet for the consumer market. The iPad 2 has a couple of hardware improvements over the original iPad, but in our eyes not enough to be called number iPad 2. Just like the second iPhone was named 3G and later 3GS we think the iPad S would be a more suitable name. The iPad 2 will not change everything. Again. But is has some minor improvements we would expect Apple to implement after a year with the original iPad.

The iPad 2 highlights are

Like many other Apple products, you will need a Apple proprietary lock-in cable to have HDMI out. The $39 adapter plug has two input connectors. One for HDMI out, and one for charging.

A nice new accessory available for the iPad is a cover for screen protection. It is fastened by a hinge on one side and are held on by magnets. It will wake up the iPad 2 when removed and put it to sleep when it closes. It can also be used as a desktop stand.

Steve Jobs are following the competitive companies pushing out tablets with Android, BlackBerry and WebOS operating systems of course. Maybe he was a little concerned about the iPad market share the next months as well. During the press event, instead of pracing the iPad 2's advantages, Steve had some unflattering comments about the competition where he called the tablets from BlackBerry, Motorola, HP and Samsung for copycats. Is that a sign of concern about the competition? When the iPhone was released, it took several years for the other mobile phone manufactures to have something similar available. Since the original iPad became available in April last year, several companies has announced new tablets which should be available shortly. The Xoom from Motorola for example is already out and it is the most powerful tablet today where the hardware specifications are superior the iPad 2 announce today. Not only Android 3.0 Honeycomb for tablets, but also HPs WebOS and BlackBerry Tablet OS are really user friendly operating systems. Meaning Apple does not have the friendly OS advantage any more. What Apple do have, is the ecosystem and available apps, but this will also change the next months. Competition is a good thing. 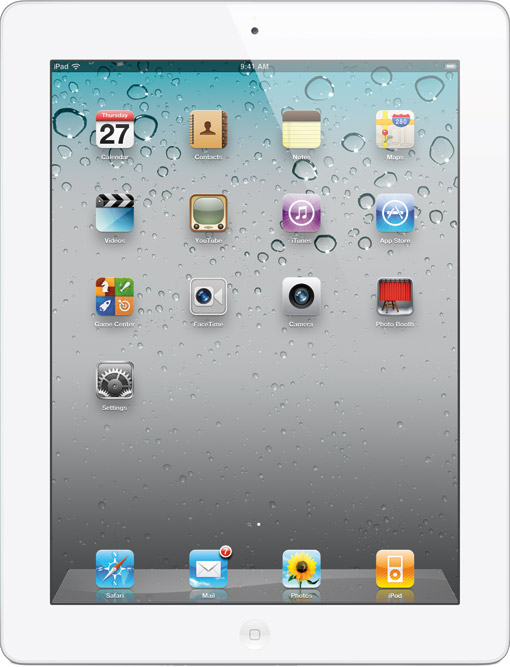 skblakee8 years, 12 months ago
Con - Lack of Flash support
Pro - Considerably less expensive than most if not all of the competition.
From where I stand the Ipad is now on par with the competition or behind. The only thing that makes it stand out is its price. I am also not very excited about the new offerings.
I don't see Apple controlling 90% of the market this year.

jplacson8 years, 12 months ago
Yes, but having a $499 option is better than none at all... as with the case of the Galaxy Tab which I think is way overpriced.

skblakee8 years, 12 months ago
The competition is over priced indeed.

jplacson8 years, 12 months ago
Good news though, the new HDMI adapter for the iPad 2 will work on the iPhone 4, iPod Touch 4, and current iPad... albeit downscaled to 720p probably a limitation of the A4 chip