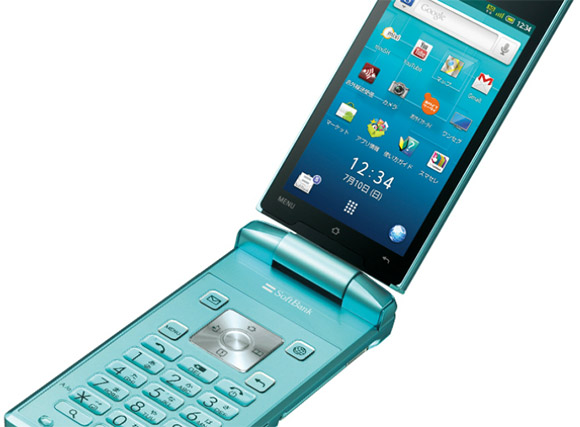 The Sharp AQUOS SoftBank 007SH is for customers of the Japanese network operator SoftBank. It is the fist clamshell model running Android having a regual number key dial pad. Strangely enough, Sharp did not equip the phone with a QWERTY keypad. We are not very familiar with Japanese texting preferences but they might perfer having a virtual keyboard with full set of Japanese characters instead of the Latin alphabet on a hardware keys.

Apart from the unusual clamshell form factor on an Android smartphone, AQUOS 007SH has an impressive 16.1 megapixel camera, 720p HD video recording. It is running on Android 2.3 Gingerbread. It also has a uncommon display size of 3.4 inch.

While normal 3D recording is done using two lenses capturing two different images at the same time, Sharp AQUOS SoftBank 007SH can capture 3D images using one single lens. The phone are capturing images in a sequence and register and calculates the camera movement before merging two of those images into one 3D stereoscopic image. 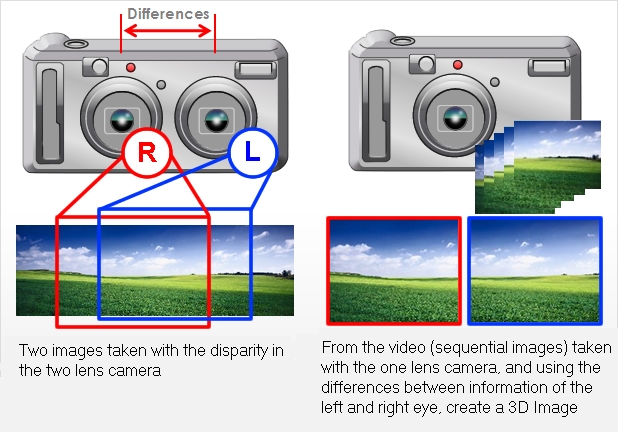 The 007SH is a though smartphone. It has earned a IPX5 and IPX7 IP code which means it is waterproof and can be put under one meter of water for 30 minutes.

tranced9 years, 8 months ago
Despite its stylish look, it's a tought phone. Wondering why they put full hd recording.
Otherwise the phone is a good one.

ofiaich9 years, 8 months ago
Hi!
Strangely enough, Sharp did not equip the phone with a QWERTY keypad. We are not very familiar with Japanese texting preferences but they might perfer having a virtual keyboard with full set of Japanese characters instead of the Latin alphabet on a hardware keys.

If you look carefully above the ABC,DEF, GHI etc on the keypad there are Hiragana kana above. Input in Japanese is very simple and quick.
No need for a virtual keyboard.
Ofiaich
[ This Message was edited by: ofiaich on 2011-05-23 00:55 ]

Platia19 years, 8 months ago
I'd love to import one of these, does anyone know if it falls under the new Unlock regulations the Japanese government are suggesting.
Hopefully it has a virtual keyboard as well in full touch mode. 3D display seems kinds pointless though. Does it have a 3.5mm jack?

Aivar9 years, 8 months ago
Those kind main keys were typical for phones of the beginning of 90's...

aaliyah159 years, 8 months ago
will this change something in the smartphone segment, at least for the UK consumers??

razec9 years, 8 months ago
This is also the first vertical clamshell to have touchscreen display, anyone is welcomed to correct me if i'm mistaken. the white one looks beautiful

Platia19 years, 8 months ago
There have been other Clamshell's with Touchscreen's in the past, I know Sharp in Japan have done them previously, and there is a Samsung for the Chinese market that is somewhat similar (it has 2 touchscreen displays, on the outside and one on the inside of the flip)

razec9 years, 8 months ago
^^ Thanks for correcting me, i have just forgotten that Sony Ericsson even had one model that is the Z558i