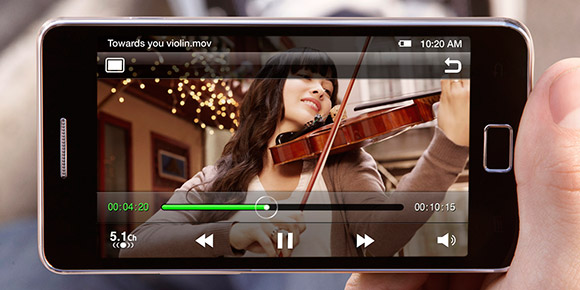 It's only one year since Samsung unpacked the Galaxy S II at the last years Mobile World Congress. And it is only 10 month since the popular model was available in stores. Who would think that Samsung most expensive smartphone would reach the top of the Korean company's smartphone sales figures?

Since February one year ago, the flagship model has reached several milestones. The 4.3-inch model was awarded the best European Mobile Phone by EISA in August. And last month Samsung reported that 5 million Galaxy S II was sold in the home country South Korea. In the same month Samsung announced that three of the largest operators in the US would start selling customized versions of the model.

The sales figures of the Galaxy S II is also an important factor for Samsung to experience an exceptional growth in sales and some research firms has estimated that Samsung sold over 90 million smartphones during 2011. And the new numbers we got from Reuters today reveals that the Galaxy S II is one of the best-selling smartphone models in 2011 regardless of brand.

Do you think the Galaxy S II was the best Android handset in 2011?

Tsepz_GP10 years, 7 months ago
Having owned one of these amazing beasts for almost 3months now i can see why its flying off shelves, its simply incredible. Smooth, fast, slim and incredibly functional, seems to be the only true threat to the iPhone since iPhone was launched in 2007.

skblakee10 years, 7 months ago
I am happy to be a contributor to that. Nice!

djin10 years, 7 months ago
Not surprising, they made a great phone, its bound to sell well! Good job Samsung, hopefully

takes some inspiration from you.

Rookwise10 years, 7 months ago
Yes it is a really good handset. Samsung have done really well in producing this one. I think it will take some beating.