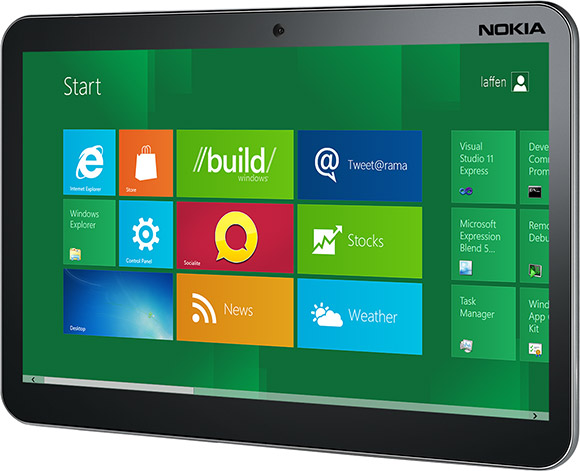 Nokia will soon enter the lucrative tablet market where some analysts suggest that more than 100 million tablets will be sold in 2012. This tablet market is dominated by the Apple iPad and a handful of Android supporters such as Amazon Kindle, Samsung with the Galaxy Tabs, Asus, Huawei and more.

Nokia chief designer Marko Ahtisaari said in an interview with the Finnish magazine Kauppalehti Optio that he spend one-third of his time creating a Nokia tablet. Official, Nokia does not confirm the statement by Ahtisaari but the company responds to the interview with We continue to eye the tablet space with interest, but have made no specific announcements. A new tablet from Nokia will most likely run on the Windows 8 operating system.

tranced10 years, 3 months ago
Not a surprise because it was a matter of time, but at the same time surprises me.

etaab10 years, 3 months ago
I dont think it'll be anything ground breaking though. They're coming late to this game when companies like Samsung, Apple, Asus all have it sewn up rather tight.

djin10 years, 3 months ago
Nokia made a laptop why is it surprising for a tablet? Plus they had those internet tablet kind of devices too before, forgot the model, but it had pretty big screen for back then..

goldenface10 years, 3 months ago
Don't you think you'd miss having a proper keyboard though Miss UK? I think I'd miss being able to move the screen to suit your sitting / lying viewing angle.

laffen10 years, 3 months ago
@etaab
Coming late is not always a disadvantage. I'm thinking of "late" products such as the iPhone and the Xbox.

Hobbs10 years, 3 months ago
Good luck Nokia.Hope You bring out something kickass.Can't say I'm a fan of tablets though.Never thought of ever buying one.

etaab10 years, 3 months ago
@ Laffen - but if Nokia are going to release one, they'll be going down the Windows route which isnt very popular in phones at all at the moment, and they're also dipping a toe in going down the whole touch screen pc route, so they'll be competing with the pc manufacturers.
So, its a tricky market for them. Personally i think they'd be better off going with Android.

On 2012-03-16 00:24:11, goldenface wrote:
Don't you think you'd miss having a proper keyboard though Miss UK? I think I'd miss being able to move the screen to suit your sitting / lying viewing angle.

hihihans10 years, 3 months ago
windowsphone might not be popular but that may be different for a tablet as that is more like a pc as a phone.

That is so true.... I would actually like to see Nokia give it dual boot ability with belle.... why not

etaab10 years, 3 months ago
A Nokia tablet with Symbian Belle ?? not likely. Unless it has really low specs and screen resolution..

catherineb10 years, 3 months ago
All I can say is, "wow!" Maybe this will finally get me to switch from Android. Just maybe.