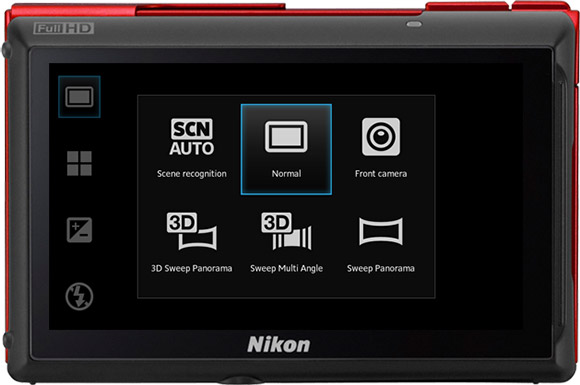 The website Nikon Rumors are indicating that Nikon could be first of the big two camera makers to release a digital compact camera running Android OS. The website write about rumors all the time and sometime the rumors turns out to be correct. The DSLR Nikon D800 for example was mentioned several times ahead of the official release.

One trace of the unannounced Nikon Coolpix S800c was listed on the web site of the Indonesian Telecoms Regulatory where we spotted the Sony Xperia SL a week ago.

The specifications for the Nikon Coolpix S800c looks like any other Nikon compact camera with the addition of the Android OS:

The most interesting part of the rumor is that the camera could be running all Google Play apps available for Android 2.3 handsets. Nikon tend to be restrictive about releasing info about the Nikon system such as file formats. But maybe Nikon has turned around and that it will let third-party developers make apps which has access to all camera functionality.
source
Tags: nikon coolpix android rumor

Samsung Galaxy Note 2 could be fitted with a 5.5 inch flexible AMOLED display

* will beat Nokia 808
to please the users

It Does Not Help To Launch a Digital Camera With Operating System Android, If The Version Of Android Is "OUTDATED" And Does Not Allow The Use Of Camera On Mobile Phone (Completion Of Calls, SMS, MMS) !
A Real "White Elephant" !

laffen8 years, 3 months ago
@Guarulhos
I thought you already had a place where every camera model in the world except the 808 would receive negative comments from you. Please do not spread that negativity over to this or any of the other threads
Secondly. Do you care which software version your three year old Canon PowerShot has? I don't think so. The Android version could be an issue when installing apps from the Google Play Store, but I don't think the software itself will cause any trouble.
[ This Message was edited by: laffen on 2012-08-09 08:46 ]

Guarulhos8 years, 3 months ago
You Are Mistaken Interpretation Of What I Wrote Earlier, What I Wrote Is Not In Any Moment Of Negativity, But a Reality !
P.S: Simple !!!

reeflotz8 years, 3 months ago
we can't say yet that an 808 is a "good deal more" because this is just a rumor, and what if it turns out this produces better images than 808?
lol for such a baseless opinion guarulhos

back on topic, I'd say android is just an extra for the camera, maybe have some apps for retouching/framing/uploading photos?
just like the newer sony walkman z series today, comes equipped with android although it is primarily a music player.

ILoveBhe8 years, 3 months ago
One thing is for sure, consumers will be shedding more to get one and that will be closing the price gap between the 808 and P&S nikon cams.
And one thing more, its a nikon, a breed of cameras, it should produce better quality images than 808.
[ This Message was edited by: ILoveBhe on 2012-08-09 10:19 ]

Bonovox8 years, 3 months ago
Cool!! Nikon are great at cameras. Samsung already make Smart Cameras with a touch screen icon based OS. It was only a matter if time before this happened. Cameras now have Wi Fi too. Would have been super cool if Nikon had made a camera phone

ILoveBhe8 years, 3 months ago
and then the truth shall reveal, nikon is just preparing for a possible team up with samsung. Bad news for sony. Lols just kidding. An out of this world thought

razec8 years, 3 months ago
I do agree with ILoveBhe's post: adding android would give that coolpix more function. but with all the afterservice headaches associated with Android platform It will do more harm than good imo. though still let's hope this Android Coolpix will be something like the Sony RX100 class, with 1" CX sensor to at least silence the skeptics and 808 fanboys

I agreewith bonovox, Nikon cameras have the best JPEG processing of most consumer cameras, so image quality will be amazing.
@ILoveBhe: Samsung Nikon partnership? I doubt that. especially when Samsung has an ugly reputation for being a copycat according to apple. Nikon wouldn't want their name tarnished like that
[ This Message was edited by: razec on 2012-08-09 13:33 ]

Bonovox8 years, 3 months ago
Yes some of the newer Sony digital cameras which have 16 to 18 megs are not that good image wise but are amazing for video in AVCHD format. But Nikon make better images in my eye. Only thing about Nikon sometimes is they tend to have hardware problems quite often in my experience

razec8 years, 3 months ago
actually all cameras with RAW functionality produces similar image quality to me. its the JPEG quality that gives Nikon a huge advantage over Canon and Sony. you can't beat Nikon with that

ILoveBhe8 years, 3 months ago
is there even a possibility that fanboy labeling will stop here? Even on topics not related to sony and nokia, labeling still jumps in.
Praises on the 808 tho, this is a dedicated digital camera thread and on the firt page it says its aimed to defeating the 808. Well, unles sony will revive the cybershot series and prefer to stick with those punynsensors, they wont have a chance in image quality race. But they still win with regards to sales tho, almost all high end phones carry the sony module. Perhaps its just rational, give nokia the the image quality title but sony is cashing all the money...just thinkingnaloud