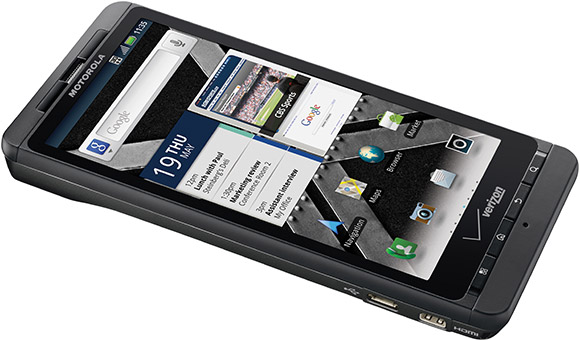 Motorola joins the dual-core market are releasing the successor to the popular Droid X from last year. The most noticable improvements over the original Droid X is the increased display resolution and a dual-core processor. The Droid X2 will get the same 4.3 inch display size, but the resolution increases from 480x854 to 540x960 pixels. A combination of such large 4.3 screen and high resolution is something only a handfull of other phones can offer. For example the Motorola Bionic or HTC Sensation. The drawback in having such a large display is of course increased power consumption and added weight. Motorola Droid X2 is 155 gram heavy and has  220 hours standby time.

goldenface9 years, 1 month ago
Great Stuff from Moto. This would probably be my choice if I was stateside.

aaliyah159 years, 1 month ago
last i liked motorola defy and then i think this device has of of juice to tempt me.......