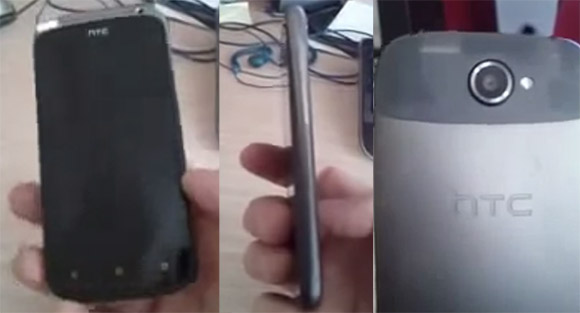 HTC Ville is the next flagship model from the Taiwanese smartphone maker. Resent video leaks of the phone revealed that the Ville will have a 4.3 inch touch screen, 1.5 GHz dual core processor and Android 4.0 Ice Cream Sandwich.

The HTC Ville will be the first HTC handset running Android 4.0 Ice Cream Sandwich. It has a 8 megapixel camera and can capture videos in full 1080p HD. The display is Super AMOLED and the processor is a Qualcomm Snapdragon Series 4. The battery is 1650 mAh and the thickness is rumoured to be less than 8 mm. If that is true, the HTC Ville will be one of the thinnest smartphones available. The HTC Ville will probably be the first model running HTC Sense version 4.0. As seen on one of the screen dumps below, the Ville will have 1 GB RAM on board.

The guy recording the Ville walk-through shows us his phone number, the IME number of the phone and a nice watermark saying HTC Confidential all over. It is probably one of his last days at work.

Product images, most likely official, was previously leaked to Pocketnow as seen below.

We expect HTC to announce the Ville during Mobile World Congress later this month.

Residentevil8 years, 10 months ago
That sounds like a powerful device keeping an eye out for.

goldenface8 years, 10 months ago
I bet that it's not there most powerful device and it doesn't look half a good as the Xperia S - from these shots anyway.