Facebook will soon make the Messenger for Mobile available in Android Market and the Apple App Store. The social network company allready has one official app in these two market places, but this messenger is something completely new.

The new standalone Messenger app will deliver messages instantly as expected. Facebook updated the full app a month a go. Many saw this as a response to the excellent Google+ app. They are now making another mobile app available to their users.

Messenger for Mobile adds group messaging and the posibility to see where your Facebook "friends" are.

The main features in Messenger are

The Android app should be available in Android Market soon, and iPhone owners must look in the Apple App Store. 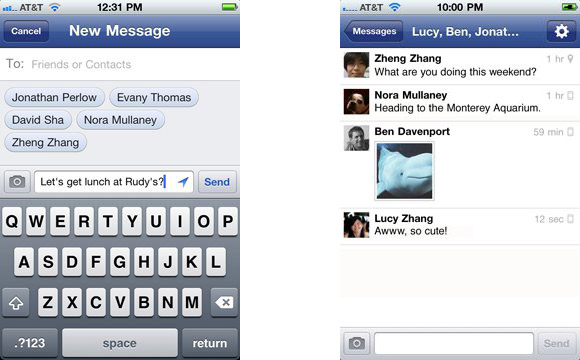 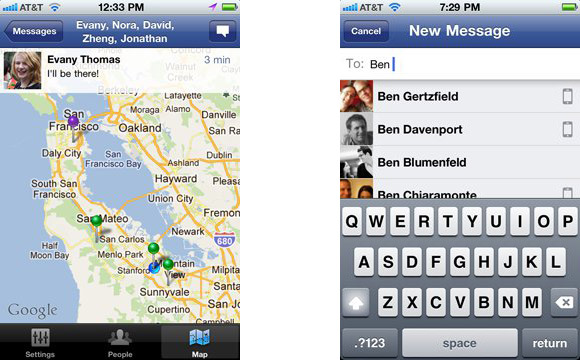 adsada8 years, 11 months ago
This looks good, and could be the main leader of internet mobile messaging services which there are now a lot of and as mobile internet gets faster, and greater coverage, more people will use it I am sure.
I think this could eventually be the killer of the text message...

adsada8 years, 11 months ago
you can download it here http://mobileplanet-waryam.bl[....]senger-10-v10-android-apk.html

laffen8 years, 11 months ago
@goldenface
From the illustration images, it seems like the maps are from Google. At least for the Android app. Isn't Google maps installed on all Androids by default? Location can be reported by Google maps.
Using your desktop Chrome browser on this page for example asks for your permission to track your geo location without the use of a GPS: http://maps.google.co.uk/maps/m
[ This Message was edited by: laffen on 2011-08-10 21:41 ]

tranced8 years, 11 months ago
Yes, Gmaps is installed in all Android devices.