The Optimus 2X (LG-P990 and LG-SU600 in Korea) is the worlds first smartphone powered with a dual core CPU. According to LG, a workforce of 250 people over 1 year has been working with the development of the Optimux 2X. This smartphone announcement could be one in a dozen this autumn if it wasn't for the CPU powering the device. The dual core processor is developed by the graphics processor manufacture NVIDIA and is said to be much less power hungry than single cores and the 1500 mAh battery. The extra power has made it possible to view 1080p HD video playback both on the phone itself and at the same time on a HD-tv via the HDMI connector.

Availability in the Korea will be in January, and the rest of the world will follow shortly after that. 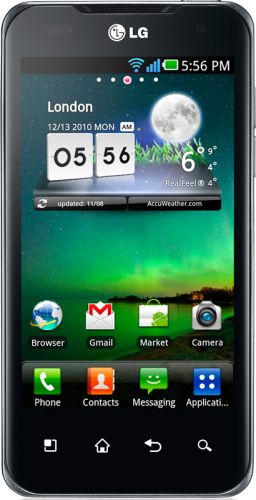