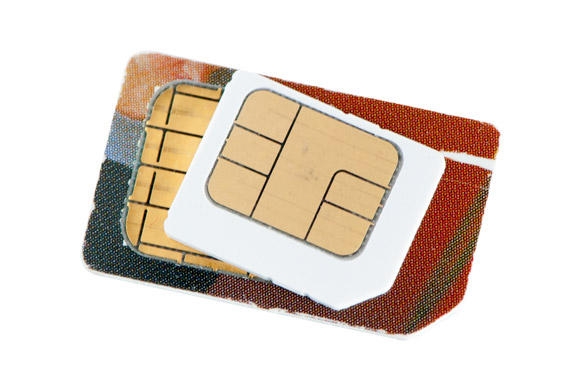 Later this week, the European Telecommunications Standards Institute (ETSI) will decide if the Nano-SIM standard proposed by an US based group lead by Apple will be approved. The new SIM-card format is backed by European operators but not so much by mobile phone manufacturers such as Nokia, Motorola and RIM. The group of manufactures was afraid that by implementing a Nano-SIM card slot on their devices, they would end up paying Apple and the US group licensing fees.

According to Foss Patents, Apple sent ETSI a letter regarding these concerns where a senior Apple lawyer wrote that Apple will grant a royalty-free licenses to any Apple patents essential to the Nano-SIM card.

ETSI has more than 750 members from several industries such as manufacturers, network operators, universities, government body and more. The number of votes in the ETSI chamber are calculated based on annual contribution in Euro and the company's annual turnover. There is an upper limit of 45 votes per company. But as Financial Times has discovered, Apple has applied to become the largest voting group by registering six European subsidiaries which can have up to 45 votes each. Nokia already has 92 votes via subsidiaries in Europe and the Finnish company asked ETSI: whether it is right that one group of companies can obtain a high amount of votes by filing multiple membership applications

tan_aniki10 years, 8 months ago
This is nonsense... Mobile phone tends to be smaller size as compare to "water bottle" last time around but thing has gone back to old time whereby mobile phone become bigger and bigger screen but they still want to save some 267mm2 on a bulky phone!? Totally nonsense!

admad10 years, 8 months ago
Lol I can't imagine any company that will trust Apple in a matter that has a word "patent" in it.
They might give it now for free, but after this will become standard, they will be like "Give us 15$ per device or we will sue You". And the reason could be simple, for example the agreement will not metion GSM devices, so they can be like either disable GSM funcionality or pay us. It's just an example, I'm sure they will figure out something clever as they pay milion of dollars to lawyers for that kind of crap.

Bonovox10 years, 8 months ago
Seriously. And what if Apple originally used the full size sim card?? Would they be sued?? Pathetic. Next they'll be suing for a manufacturer using a white pair of headphones.
[ This Message was edited by: Bonovox on 2012-03-28 20:20 ]

chunkybeats10 years, 8 months ago
something smells fishy here..... When SJ mentioned that he wanted to make Apple take on the carriers, this could be the start, OMG seriously, watch or read 1984 , that is Apple without a doubt (mind control and big brother is watching you!). Thats why I hate Apple with their world domination bull$1t, now very boring looking devices, and really an overrated product backed by a marketing company.

etaab10 years, 8 months ago
Or, possibly Apple simply want to ensure a new better standard specification for sim cards. It pushes innovation forwards and means its easier for current none-Apple customers to move to Apple's devices when they decide to do so.
Personally id like to see another more trustworthy company take over here, possibly not even a phone maker at all that has no interest in making money from royalties by designing new sim card formats.
Lastly i think the current micro sim size is perfect and should never really be made smaller. Sure make the chip smaller but not the actual size of the plastic sim casing itself. Look at memory cards for example, they've gone from huge to a tiny square that you can hardly balance on a finger tip. Which makes them easier to lose when swapping from device to device. I think they need to stay a certain size to aid in removal and insertion on devices.

Caspa10 years, 8 months ago
I'm not keen on these micro-sim, let alone a nano-sim, as I swap between phones on a daily basis! Find it hard enough as it is!
I believe that Nokia, Motorola and RIM have their own version which (as far as Nokia are concerned) is superior to Apple's...

Miss UK10 years, 8 months ago
Caspa you can buy something
That turns ur sim card into a full one
For other phones too

But if I did want a change there's those
Sim adaptors to enlarge them as I mentioned
Already!

etaab10 years, 8 months ago
The problem with those adaptors is they tend not to work so well, often making the sim card bigger than it should be as i found of recently when i had to use a pair of tweezers to rip a sim card out of my N8 which was too big !
See this article - The curse of the micro sim adaptor - i know i dont want damage to my probably unrepairable sim card slot !

Miss UK10 years, 8 months ago
The firstime I cut down a 3 Sim card was for my old iPhone 4
I did a good job cos it fit spot on if you draw where you cut then you will be alrite