Posted by aussieland1
Sony Mobile has just put out a press release that finally makes its latest flagship model official. The Sony Xperia Z4 will feature a 5.2-inch screen with a resolution of 1080 x 1920. It will be powered by a 64-bit octa-core Snapdragon 810. 3GB of RAM is inside along with 32GB of native storage. Those requiring more memory can take advantage of the 128GB capacity microSD slot on board. A 20.7MP camera is on back with a wide angle 5.1MP snapper on front for selfies and video chats. A 2930mAh battery will keep the lights on, and Android 5.0 is pre-installed. The Sony Xperia Z4 will be available in White, Black, Copper and Aqua Green. The handset is IP6 certified for dust and IP5 and IP8 certified for water. This means that the Xperia Z4 is protected against "Water projected by a nozzle (6.3 mm) against enclosure from any direction." It also means that the phone can be submerged to 4.92 feet for as long as 30 minutes and emerge unscathed.

Sony says that its new flagship is 6.9mm thin, weighs 144 grams, and features a metal frame. It is .4mm thinner than its predecessor and weighs 8 grams less. The metal frame is put through a treatment to increase the shine. Also new with the Xperia Z4 is a "cooking mode" added to the rear camera, which helps users take better looking shots of food.

Some accessories for the phone were revealed, including a waterproof Cover Window that lets you view important information on the screen while still protecting the handset. This will be available in the same four colors as the Xperia Z4, priced at the equivalent of $59 USD. A desktop holder will also be offered, which will dock the phone and recharge it.

The Sony Xperia Z4 will be available in Japan later this summer. There is no word yet on pricing. The wait finally over... But honestly... I expected more 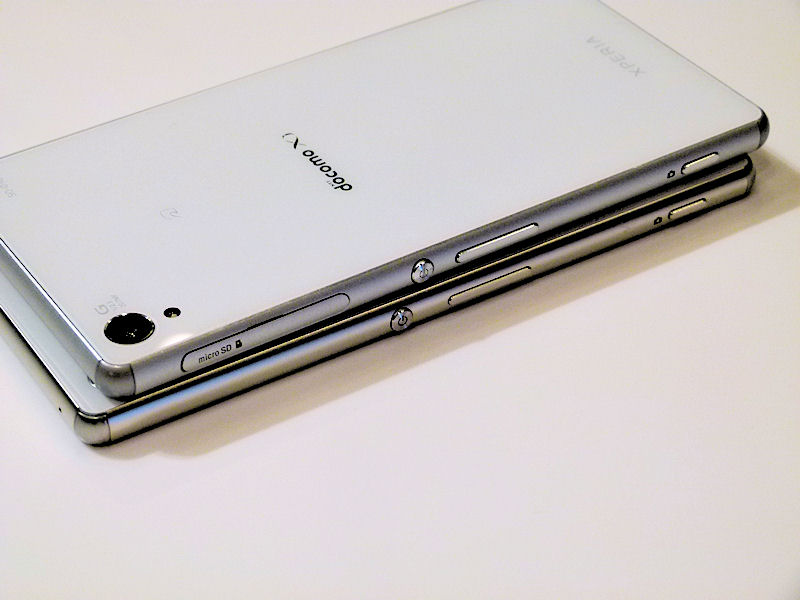 Posted by Tsepz_GP
I'm assuming the International Z4/5/whatever they call it will have the same specs just in a new design?

When I saw this I thought Android Central had made a mistake and used pics of a Z3.
Posted by randomuser
No. Xperia Z5 specs will be very different from the Z4.
Posted by josephnero
Front cam has OIS.multiple sources like Engadget confirmed it
Posted by aussieland1
Tsepz

There are rumours of a Sony flagship with qhd screen - could be international version of this one?

For me personally it would be nice if they released a phablet.
Posted by Supa_Fly

would be VERY nice to know which is which? Not all of us have either model or ANY of the Z series shown.


PS: smaller battery used!!
Posted by josephnero
@Supa_Fly
The one with usb port in bottom is Z4.at last picture Z4 is under Z3.
Posted by goldenface
The shinier one.