Posted by xell
As there's none yet I think.

Merging the creative power of a premium compact camera with the convenience and connectivity of today’s smartphones, Sony today introduced two “lens-style” QX series cameras that bring new levels of fun and creativity to the mobile photography experience.

The innovative Cyber-shot™ QX100 and QX10 models utilize Wi-Fi® connectivity to instantly transform a connected smartphone into a versatile, powerful photographic tool, allowing it to shoot high-quality images and full HD videos to rival a premium compact camera. It’s an entirely new and different way for consumers to capture and share memories with friends and family.

With a distinct lens-style shape, the new cameras utilize the latest version of Sony’s PlayMemories™ Mobile application (available for iOS™ and Android™ devices, version 3.1 or higher required) to connect wirelessly to a smartphone, converting the bright, large LCD screen of the phone into a real-time viewfinder with the ability to release the shutter, start/stop movie recordings, and adjust common photographic settings like shooting mode, zoom, Auto Focus area and more.

For added convenience, the app can be activated using NFC one-touch with compatible devices. Once pictures are taken, they are saved directly on both the phone and the camera*, and can be shared instantly via social media or other common mobile applications.

“With the new QX100 and QX10 cameras, we are making it easier for the ever-growing population of ‘mobile photographers’ to capture far superior, higher-quality content without sacrificing the convenience and accessibility of their existing mobile network or the familiar ‘phone-style’ shooting experience that they’ve grown accustomed to,” said Patrick Huang, director of the Cyber-shot business at Sony. “We feel that these new products represent not only an evolution for the digital camera business, but a revolution in terms of redefining how cameras and smartphones can cooperatively flourish in today’s market.”

The new compact, ultra-portable cameras can be attached to a connected phone with a supplied mechanically adjustable adapter, or can be held separately in hand or even mounted to a tripod while still maintaining all functionality and connectivity with the smartphone. They can also be operated as completely independent cameras if desired, as both the QX100 and QX10 cameras have a shutter release, memory card slot and come with a rechargeable battery.

Additionally, the camera has built-in Optical SteadyShot to combat camera shake, keeping handheld pictures and videos steady and blur-free. It has Program Auto, Intelligent Auto and Superior Auto modes to choose from, and will be available in two different colors – black and white.

Posted by Away
This is true innovation. The next big thing in mobile imaging, and I don't just mean mobile phone type mobile, I mean completely portable too.

When's the earliest other companies can rival this go you guys reckon?

A cheap, plastic one at half the quality and twice the price is a given by Samsung, but when?
Posted by razec

When's the earliest other companies can rival this go you guys reckon?

Only Samsung can compete with Sony in this regard, but I think they don't have the tech to compete with the RX, so they might push for APS-C based lens camera with the height of an NX+lens

A cheap, plastic one at half the quality and twice the price is a given by Samsung, but when?


Their cameras aren't as cheap looking as their smartphones in fairness. but I tell you what, the NX cameras are crap in terms of image quality, even the then underdog Pentax is now ahead of them in that regard.

Being a shutterbug and camera afficionado myself, the only drawback I can see with the higher end model QX100 is the lack of manual ISO and shutter speed control. But there's some hope in me that Sony would enable full Manual mode settings when the Playmemories app gets its major update

If there is one particular Mirrorless line that's definitely threatened with the QX100, it would be the Nikon 1-line. I honestly believe QX100 will spell doom at Nikon's pathetic effort on competing with NEX/Fuji-X/Panasonic Gs.
[ This Message was edited by: razec on 2013-09-07 04:41 ]

Posted by xell
Sony gave out the QX-10 at their press event at IFA, so I have one here at the moment. Here are to shots, one in bright day, one in low light. Both with automatic settings, the first one even without a connected phone. Posted by daviep
i cant see any sort of flash on it.wouldnt buy one without a xenon flash,pointless on a good lens like this.
Posted by Pierke
I never use flash (xenon), never liked using it, probably never will. So personally, I don't have problems with the lack of flash...
[ This Message was edited by: Pierke on 2013-09-07 12:36 ]

Im 100% with you, im in the market for a phone with a decent camera, I had really high hopes for the Z1 with these detachable lens BUT Sony go & ruin it by not fitting a Xenon flash

Ill now wait for the Z1's replacement instead, if that hasn't got a Xenon flash ill just buy a camera instead & it wont be a Sony one.
Posted by hihihans
Go and buy a decent camera, the chance of xenon flash is minor. Phones are getting to slim to fit a xenon.
Posted by admad
^ I think the chance is big. Thanks to this invention. Why make thick phones when they can make thin xenon

I'm trying to resist. I have a Nikon dslr and so don't really need this. I do however need a new practice amp and buying the QX100 will eat my money put to one side for an Orange Tiny Terror.

What I really need is a better paid job I think.
Posted by hihihans
@Ricky Please save up for the TinyTerror.
Much more valve err. Value for your money.
Posted by Ricky D
@hihihans

Took your advice but went for the Micro Terror instead. Thing thing really rocks for such a small head and cab. is it as load as they promised?
Enough for at home, that's for sure.

Do you mean loud? Yes it is loud. I've moved it to the balcony so the flat next door don't hear it as much.

It needs juicing up to 8 or 9 before the nice noise start flowing. I'll use it more than a QX100 and it's cheaper.

Sorry to carry on off-topic, but what do you play?
Posted by hihihans
They are almost the same size

Let's continue through PM
Posted by mlife
didn't sony try this whole add on camera idea once before??

Excellent memory!! That was for.the T68m/i.
Posted by moogoo
i had one of those! haha.. thought it was the greatest thing ever..
Posted by mlife

Excellent memory!! That was for.the T68m/i.

I owned a few of them back in the day.. as a matter of fact, I believe I have one in my closet still.

Posted by esoqq
I still have mine. Along with a T68i.

Back on topic, my QX10 and QX100 both turned up today from Sony UK. I've only had a quick play so far, but good results with both of them

QX100 photos from sony.
Posted by litemint
Does it supports Ray and nexus 7 at least? Tempting to buy it.

It should. Of course the built-in clam won't fit the Nexus 7, but every Android that is able to run the PlayMemories Mobile app is supported. I successfully tried it with my old Archos 28 running Android 2.2 Froyo. Posted by hihihans
Now that is a happy couple.

Thanks
yes normal price in The Netherlands is 179€
That's why I got it before they will notice that it is too low...

Or maybe there come's a new model of this camera and they want to get rid of the old stock.


Posted by jcwhite_uk
Don't forget to update to the latest firmware version (3.0) for best results: http://www.sony.co.uk/support[....]/DSC-QX10#SoftwareAndDownloads
Posted by pt020
Thank you,will try it in the weekend

Do not understand why you cannot use PC Companion to update it.
Posted by jcwhite_uk


Its not a Sony Mobile product so it works differently. You can't update any of the Sony cameras using PC Companion.

Although I have had my QX10 for several months, today was the first time that I used it properly and I am quite impressed with the results.
Posted by jcwhite_uk
Here is an image taken with my QX10: 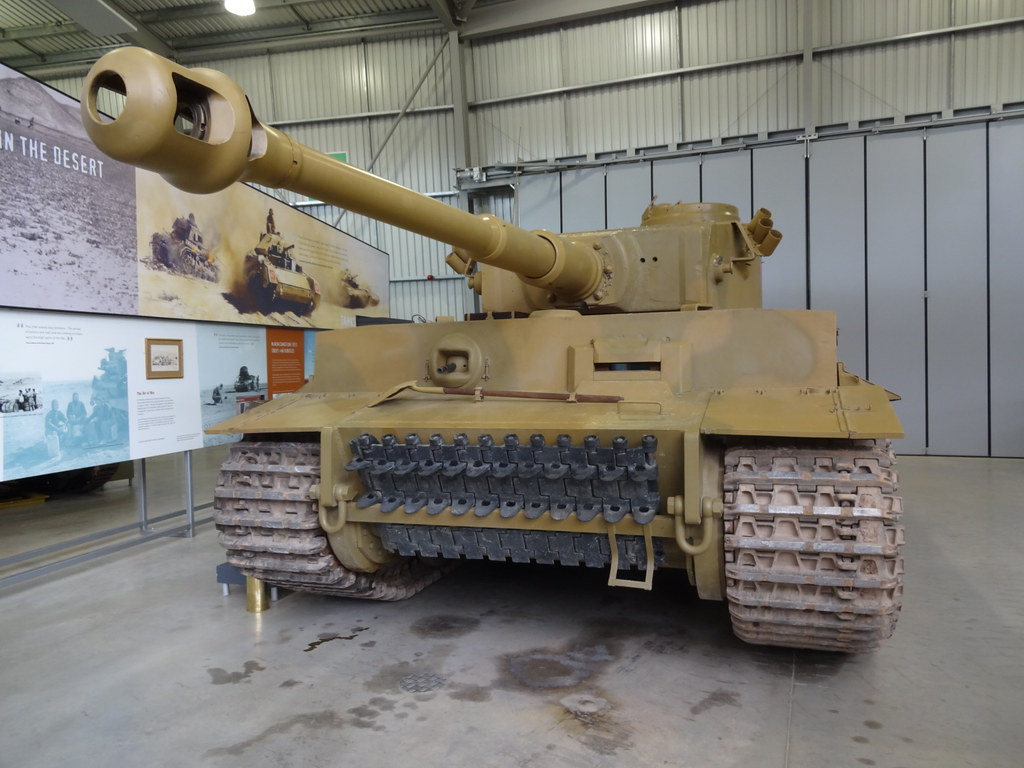 Posted by arcmhyke
Sony DSC QX10 and QX100 got potentials, but limited by an App and software.

Hope Sony can deliver a better software and application for these accessories, I love my QX10.

Posted by jcwhite_uk
I like my Qx10 and think it takes some good pictures but it does have its downsides. Connecting to my Z1 can take quite a long time and I find it quite bulky. I am thinking of selling mine and getting something like a Sony Wx300 which is slimmer, has a screen but still connects to the phone like the QX10 does.
Posted by mlife
Heres a chance to pick one up at a decent price...

There is no full manual mode is this kills it for me. While the concept is great, I feel a stand alone alpha will be the better purchase in the long run.
Posted by luwi
Guysss im so happy!