Posted by laffen
Sony has now completed the full acquisition of Sony Ericsson. Ericsson does not have any shares in the company any more, and the new company name is now officialy Sony Mobile Communications AB

so sad the Ericsson name in history of phones.
Posted by julias
Goodbye /// Ericsson and thank you for the memories!
Posted by EastCoastStar
Does this mean esato is going to change to cmsato?
Posted by NightBlade


I was thinking just Sato.

I wish Sony good luck with its sales, but I don't think I'll be buying their phones. Well, not sure though. But I've put my eyes on Samsung. Yes, I said it. I still have my

I can only think of one person at this time! Bobafett!

Posted by julias
I hear that Bobafett was a HUGE /// Ericsson aficionado and was AxxxR too?
Posted by EastCoastStar


Haha are you talking about me??

Posted by masseur
before we get too far off topic (and remembering that this is the official Esato news section that appears on the home page)...

please take this to a more appropriate place

thanks!
Posted by julias
So will SONY mobiles have a new logo now?
Posted by Bonovox Is that the official new logo?
Posted by adsada
On the sony s, the liquid crystal logo is still visible on the back on the press shots, this could be because its a hardware issue (if you look at the arc the inside of the back cover has been altered to hold to logo) Or it could also be to keep some legacy of SE, or just temporary to ease people into the transition, then they'll take it away all together only time will tell

Posted by Bonovox
I am not sure I just came across it
Posted by etaab
So what will happen with Ericsson ? are they officially out of business for good or something ?
Posted by Arne Anka
Etaab,

Last time I checked Ericsson was still the worlds largest vendor of mobile networks, so no they are far from being out of business. The mobile phone division has been a very small part of Ericsson for a decade or so, so no significant lost there.
Posted by etaab
Ive just read the page of Wikipedia about Ericsson. I never really paid that much attention to them before. Quite a good read and educational. I didnt know most of it, i thought Ericsson was simply a mobile phone manufacturer.
Posted by tranced
They even have an office here in DR. They've been here for a long time.
Posted by julias
It would have been a better result if Ericsson had chosen to go back to making their own phones again. Sony at their best and Ericsson at their best and consumers win keeping fans of both happy.
Posted by Bonovox
Yes it would have been nice to have the choice of both still. But I am not sure Ericsson would have bounced back on their own. They would be playing catch up for years
Posted by goldenface
Celebrate! Welcome Sony Mobile! A new era has dawned!
Posted by rikken
Thanks to SE who contributed with lots of great phones

Show us what you've got

Yes. Sony has the tech & power they need to use it!!
Posted by masseur
VaioPhone?

Yes they may start using all their famous brand names!! They should use their stamina batteries
Posted by masseur
I always looked forward to this from

, but sadly it never came Posted by Bonovox
Looks a little odd
Posted by masseur
by todays standards, perhaps (a little), but this was a prototype 10 years ago!
Posted by Marly
Looks classy! Suppose it was tiny ?
Posted by julias

, but sadly it never came

That does look amazing but is it practical i'm not so sure?
Posted by masseur
again, remember it was 10 years ago. consider its possibilities with that which was actually available at the time (don't forget that Sony already had a memory stick compatible phone prior to the T68... the MZ5)
Posted by julias
I agree even 10 years ago Sony did have some pretty amazing phones which were leaps and bounds ahead of anyone else in terms of design and technology.This one for example was quite unique and the smallest phone around then don't know the model number exactly? Sorry couldn't find a bigger picture without the model number.

Posted by Bonovox
No,still cannot agree I never liked any of the early Sony phones. Though it's different now. That original T68 was my fave actually, I was trying to make this a nostalgic

topic but we seem to have regressed back to "old" Sony

phones ever. (apart from the T68i of course) Posted by masseur
it was my first "smart" phone (except for a prior compaq iPaq to which I added the jacket which, with a headset, provided GSM compatibility)

many did consider the P800 a fischer price toy, but it was a "great" that preceeded the much improved P900 and P910 but which was followed by the dissapointing P990

edit: was there ever another touch screen phone that had the ability for its touch screen to be operated by stylus and also by its flip up hard buttons

Posted by Bonovox
The p800 was my first smartphone too. Much preferred the p900 though. Had that on a Voda contract. My fave overall was the s700i. Just loved it!!
Posted by masseur
S700 was certainly a favourite here at Esato for a long time, with its swivel body and CCD 1.3 megapixel camera which produced the best pics of its time, but sadly its one that never appealed to me as it was so much bigger than the candy bars of its time (K700) and offered much less than the smartphone of its time (P910), both of which I had and so couldn't compromise for something in the middle
Posted by laffen


On 2012-02-17 01:56:28, masseur wrote:
edit: was there ever another touch screen phone that had the ability for its touch screen to be operated by stylus and also by its flip up hard buttons

I used to have the Ericsson R380, but that did not have a stylus. The keys on the flip was pressed directly on the display. Posted by Bonovox
I remember the R380 lovely device. Masseur the p800 was larger than the s700

@laffen, I was never an ericsson fan before the T68 and know little of the R380 even after reading much about it here (except for this aspect), hence my question... so its now clear where P800 got its roots I guess! Nice!

I was a Nokia communicator fan in those days, since the original 9000 which I now read was 4 years before the R380, through to the 9210 before they became very bloated with the 9500 and I lost interest
Posted by julias
Another good smartphone from 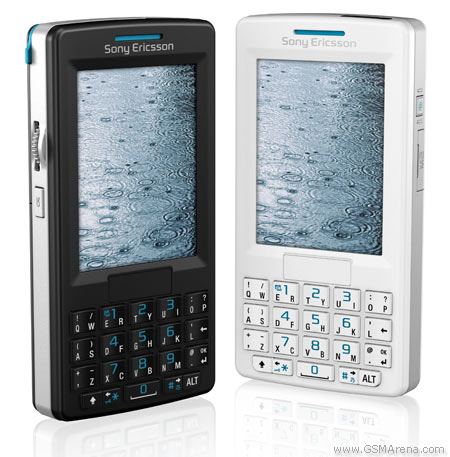 Posted by EastCoastStar
My favorite was my good ole t610. Then a small upgrade was the t630. Honest to god, that was the most indestructable phone. Idk if anyone remembers but I fell into a pool with it...then let it dry in rice and it worked! Then...fell into a bowl of salsa...I thought it was done...but it worked again! The screen was never exactly perfect but it still worked good and I could see everything. It just had lines in it. Then came the s700... (Or s710 in my case...att). And I liked it but the swivel got old and it got dirty so I could always hear it when I opened it.
Boy did I want that k700 though! I wanted it BAD but I never saw it over here in the states. I think that's the time I got a treo...wanted the p900 but I couldn't get my hands on one.

Posted by masseur
I still have my white M600 and it still works great!

and as good enhancement as the T610 was over the T68i, it was plagued with early problems of hissing during calls etc and I really loved my white T630 (so much more stylish!).

Here's some old pics of my T610 silver and blue vs white T630 that I previously posted on Esato (bit blurry as I didn't have such a good cam in those days!) Posted by EastCoastStar
Those were the good ole days right @masseur??
Before I jumped on the blackberry wagon...which I'm still on. Maybe its time for me to think about coming back.
Posted by julias
Those days were good when we didn't have to worry about Apps and battery life.
Posted by masseur
ooh, I beg to differ... people here have always worried about battery life and have always been concerned about apps (especially appz, unfortunately) wanting the latest games etc for free. But many also liked to compare scores on the apps available, which was very healthly competition (including me with the T610 game Deep Abyss for which I was in the top 5 in the online scores for quite a while!

Pages:
12  Next
Click to view updated thread with images